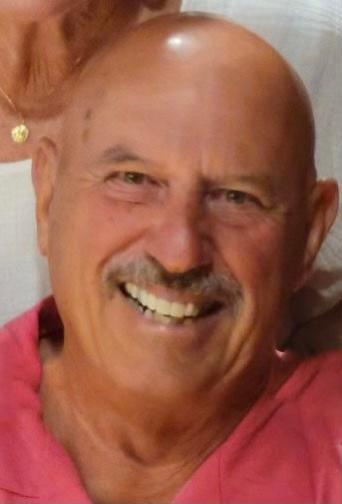 Al was born on January 27, 1949  in Detroit, MI to Mario and Eleanor (Bortolin) Pighin and big brother to Lana Pighin Buchner.

Al graduated from St. Patrick’s Wyandotte in 1967 where he was a three sport athlete and lettered in basketball, baseball and football. He was a downriver record holder for his 96 yard touchdown and he made sure everyone knew it.  It was at St. Pat’s where he met his forever favorite girlfriend, his high school sweetheart, Suzanne (McElroy) Pighin.

After graduation, Al worked for the family owned businesses of Giant Oak Golf Course, Mario Trucking Company, and Al Pighin Sand Company all before owning and operating the family business of Century Cement Company in Riverview, MI. He continued to go in to “the yard” almost daily, even after his semi-retirement in 08’. That is when he was able to dedicate more of his time to his true passion of perfecting his golf game at numerous country clubs and golf courses around the world. Between Al’s Italian attitude, his life in the construction industry, and his evolving golf game, he was the most well versed man in four lettered words.

Al’s life was his family. He married his love, Suzanne, on February 28, 1969 and they went on to have four children, Rachele, Brooks, A.J. and Amber.  Al and Suzanne were blessed with seven beautiful grandchildren who were Nono’s pride and joy. Al was a strong, boisterous, and supportive husband, father and grandfather. He was his family’s biggest cheerleader in any activity that they were involved in. From his kids’ sports to his grandkids’ sports, Al could be found on the sidelines, in the stands or wherever his family needed him. He coached his kids in basketball and softball and would be at any game he could, even if that meant dropping everything and getting on a plane.

If Al wasn’t at a kid or grandkids sporting event or on the golf course, you could find him at the Big House wearing his maize and blue. Al and Suzanne were Michigan season ticket holders for over 35 years. Al loved breaking down each play after the game and talking about what the coach should’ve done differently. On days where the weather wouldn’t allow golf, Al would make his way to the poker table at the casino often coming back with his famous “dad jokes” that Al found funnier than most. Al and Suzanne also loved to travel together with friends and family. They were becoming quite the snowbirds with their annual trips to Vegas and Cabo being amongst their favorite.

Big Al was a big man with an even bigger heart. He was as loving as he was loud and to know him was to love him. There’s a famous quote that says “People will forget what you said and what you did, but they’ll never forget how you made them feel.” Al had a gift of making everyone feel like family.

A memorial gathering will be held on Friday, September 24, 2021 from 2:00 p.m. until 8:00 p.m. in the Urbanski’s Bedford Funeral Chapel 8300 Lewis Ave. Temperance, MI 48182. The memorial funeral mass will be celebrated on Saturday, September 25, 2021 at 11:00 a.m. in Our Lady of Mt. Carmel Catholic Church 8330 Lewis Ave. Temperance, MI 48182 where visiting will begin after 10:00 a.m. in the Narthex.  In true Al fashion, we suggest that you dress in your favorite Michigan gear or golf attire for Friday’s visitation. *We are also requiring you wear your mask when you’re inside. Thank you.*

In lieu of gifts, the family is asking for donations to