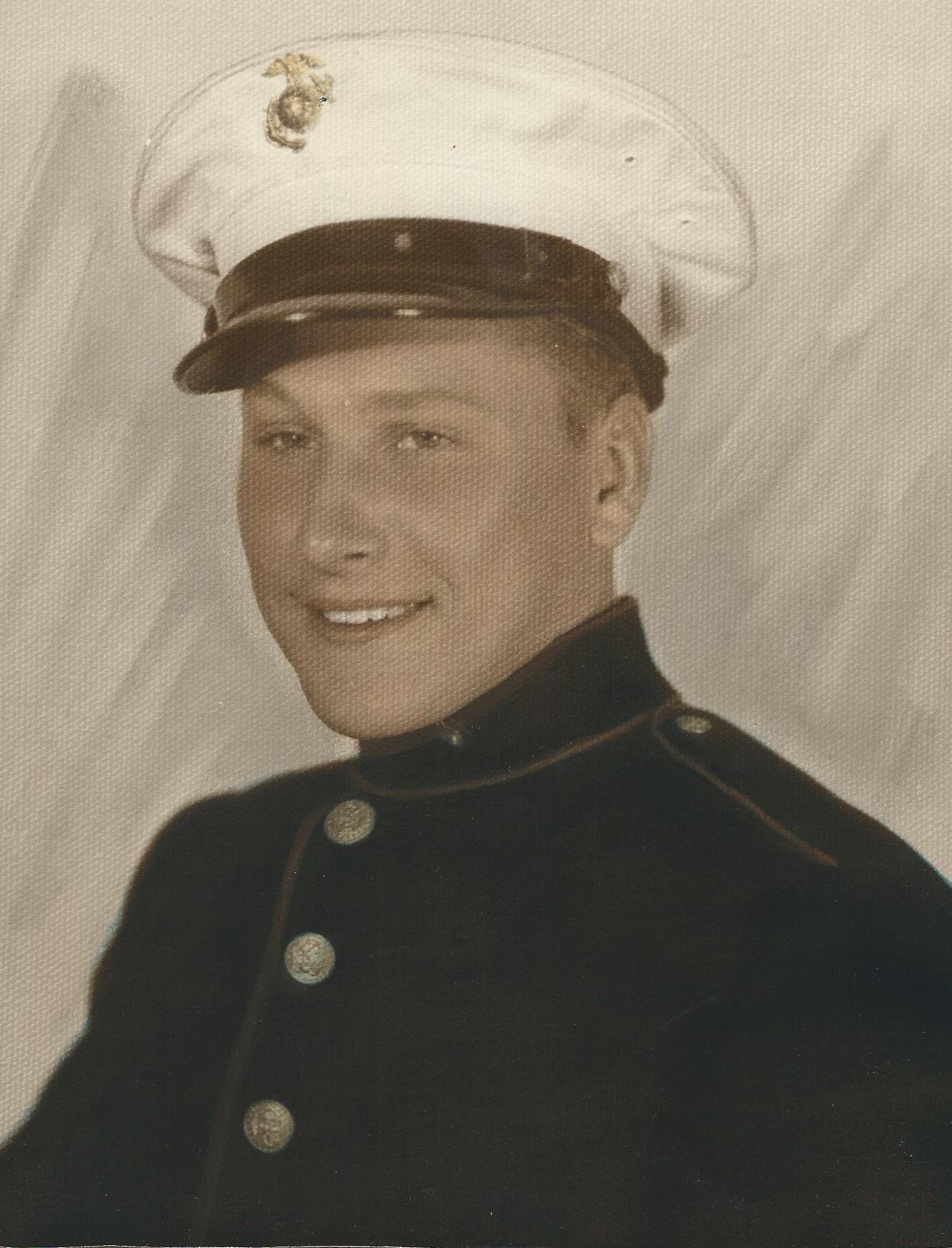 A true warrior has passed. Allan Earl Henry, 91 years old passed away at Toledo Hospital on November 20, 2017. Born to Irving and Mary (Traub) Henry on March 3, 1926, Allan grew up on a farm in Ida and lost his mom at an early age.

Growing up, Allan was always known for his devilish pranks, such as swimming in the bull water troughs with his cousin Johnny. He received his early education by walking to the one room school house down the road. If there was wheat or corn to be picked you were excused. For high school, Allan lived with his Aunt Lizzie and went to Scott High School. As soon as he graduated he joined the U.S. Marine Corps on June 19, 1944. He was then sent to Paris Island, S.C. for boot-camp and quickly moving on to combat training in Camp Lejeune, N.C. By Thanksgiving of 1944 he was sent to Hawaii and ready to fight. Shortly before Christmas he boarded a ship along with others that were headed to Iwo Jima. They landed with 50,000 men and had 25,000 in reserve. At night during what is regarded as the bloodiest battle of World War II, two men would sleep in fox holes while another was on guard. On the 23rd of 26 days on Iwo Jima, Allan was shot in the hip and the hand earning the Purple Heart. He was sent by air to Hawaii to recover. Coming back to Toledo, he met his first wife Sally Naumann and started his career at Coca-Cola. After sixteen years with Coke, he moved his family to Detroit to work for Faygo. Missing family, Allan returned to Toledo and embarked on a twenty-four-year career with the Cornelius Company headquartered in Anoka, Minnesota. Traveling the United States by the week, Allan started as a regional salesman. After being awarded national salesman of the year for many consecutive years, he became the National Sales Manager. Now living in Atlanta, in 1975 he opened a large Distribution Center, where as a widower he met his second wife Joanna. Allan enjoyed reading, gardening, checking on his investments, and creating wonderful memories with family at his cottage on Wamplers Lake. His family loved him for his wisdom, wittiness, sense of humor, and being a straight shooter with true grit. Allan truly was a standup guy. The wonderful memories you have made with your family will never fade and you will always be in our hearts.

A Memorial Visitation will be Wednesday,  November 29, 2017 from 2:00 p.m. until 8:00 p.m. in the Urbanski’s Bedford Funeral Chapel, 8300 Lewis Ave, Temperance, MI. where a Memorial Service will be at 7:00 p.m. officiated by father Ronald Olszewski. Military Honors will be conducted by Lambertville VFW Post 9656.