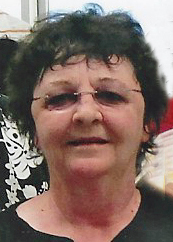 Beverly Ann Clark, 74 years, of Toledo, OH passed away on January 6, 2017. The daughter of Rosemary (DeLucia) Warner and Donald P. Schuette she was born on April 14, 1942 in Detroit, Michigan.

Beverly as a child had an amazing and strong singing voice. She sang at age 4 on Uncle Jules radio program. She was known as “”Little Miss Teresa Brewer””. She became a recording artist known as “”Beverly Bea””; songs titled, Darling and Sugar Plum, at the age of 15. She continued singing throughout her life with her strong passion in gospel music. She worked for Job and Family services in Lucas County until 2003.

Her voice and beautiful spirit will be missed beyond words. She loved the lord and always said “” all the answers are in the scriptures””.