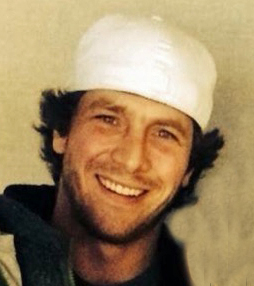 Craig Aaron Erswell “”ERS”” 40 years, of Toledo, OH passed away unexpectedly on Friday, August 10, 2018. The son of Thomas and Lorri (McCormick) Erswell; second mother, Melanie he was born on April 8, 1978 in Toledo, OH.

Craig graduated from Whitmer High School. He was a proud Cement Mason and member of Local 886. Craig enjoyed fishing, boating and hanging with his “”boys.”” However, his greatest joy was his son, Aaron. Craig was beyond excited about Aaron starting football on his former childhood football team and Aaron taking  his number 68.

Craig also held a very special place in his heart for Rylee Hernandez and Shianne Cole whom he considered his daughters. Craig is survived by his beloved son, Aaron; beloved mother, Lorri Erswell; his very special bond with his grandmother Judy Kopp; sisters, Brooke Erswell and Tommilynn Erswell; brother, Larry Ray and loving fiancé, Kayleen (Erswell) Cole as well as many aunts, uncles and cousins. Additionally, Craig is survived by life-long friends who referred to him as their “”brother”” and best friend.  He was preceded in death by his father, Thomas Erswell; grandparents, Robert McCormick, Herbert and Della Erswell.

Craig was fiercely loyal to his family and friends. The pain of his death is immeasurable. His family members and friends have suffered a great loss, but the memories and love will live on forever.

Visitation will be held on Thursday, August 16, 2018 from 2:00 p.m. until 8:00 p.m. in the Urbanski’s Bedford Funeral Chapel, 8300 Lewis Ave, Temperance, MI. where the funeral service will be held at 7:00 p.m. In lieu of flowers, memorial donations may be made to Craig’s son, Aaron which will be directed to a college fund.