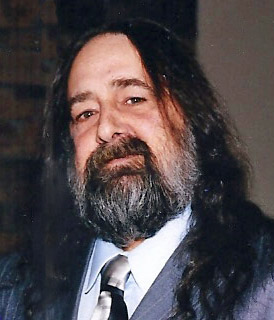 David Allen Bauhaus, 65 years, of Temperance, MI passed away Tuesday, October 7, 2014 in Hospice of Northwest Ohio.  The son of Richard and Sylvia (Wahl) Bauhaus he was born on March 21, 1949 in Toledo, OH.  David worked as a fork lift/crane operator for Baron Steel for over 35 years.

David was a member of UAW Local #12. He also worked with his father Richard Bauhaus at Bauhaus Mobil on Lewis Avenue in Temperance for 15 years until it was sold in 1972.   David served his country in the U.S. Marine Corps for 6 years with 2 tours in Vietnam.

On June 15, 1984, he married Giselle (Hood). David loved boating, fishing and watching football. David was a member of Bedford Church of Nazarene. He was especially known as “Papa” and “Dad” in his neighborhood, always taking in the neighbor kids and treating them as family.  He will be greatly missed by all.

Visitation will be held on Saturday, October 11, 2014  from 4PM until 8PM in the Urbanski’s Bedford Funeral Chapel 8300 Lewis Avenue Temperance, MI where a funeral service will be held at 7PM with military honors conducted by Lambertville VFW Post #9656.  Cremation will follow.  Online condolences may be shared at www.bedfordfuneralchapel.com.