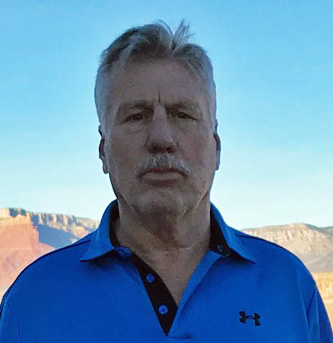 David Wayne Carter, 67 years, of Temperance, MI passed away on Wednesday, April 3, 2019 in The Toledo Hospital. The son of Albert and Mary (Weinzapf) Carter he was born on December 18, 1951 in Toledo, OH.

Dave attended Bedford High School and shortly after graduation began his career in the floor covering industry.  He worked many years learning the business and trade before deciding to open his own business. Dave married Dianna Lee Jackson on September 25, 1971. Together, they opened Carter Carpets & Vinyl in Temperance, MI operating for over 30 years.   He enjoyed being outdoors hunting, fishing, playing golf, riding his snowmobile, playing horseshoes and the occasional firework wars with his friends and brother-in-laws.  His favorite place to spend time doing all of these activities was at their home in Northern Michigan.

Dave is survived by his loving wife, Dianna; daughter, Stacey  Carter; siblings, Suzanne Carter, Mark Carter and Neal (Rita) Carter; brother and sister-in-laws and many loving nieces and nephews.  He was preceded in death by his parents, brothers, John and James.