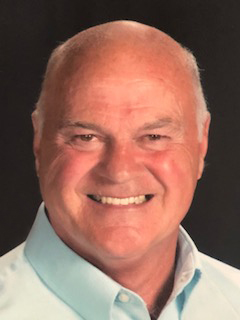 Dennis Michael Daly, “Mike”, 72 years, of Lambertville, MI passed away Sunday, September 24, 2017 in his home surrounded by his loving family. The son of John and Frances (Roderick) Daly, he was born May 2, 1945 in Toledo, OH.

Mike graduated from Maumee High School in 1964. He then joined The United States Marine Corps, where he proudly served 2 tours in Vietnam. After serving in the military, Mike took over the family business, Daly Heating and Air Conditioning, which he ran for many years. He then worked for Sheet Metal Local 33 and Boilermakers Local 85 for 25 years, retiring in 2012. Mike was a proud Veteran who loved his country. His favorite pastimes were fishing, sailing, and family celebrations. He was also an avid boxer, winning the Toledo Golden Glove Award. Mike and Janis enjoyed traveling to small towns, old churches, and outdoor parks.  Whitehouse Inn being their favorite restaurant.

Visitation will be Thursday, September 28, 2017 from 2:00 p.m. until 8:00 p.m. in the Urbanski’s Bedford Funeral Chapel, 8300 Lewis Ave., Temperance MI.  The Funeral Service will be Friday, September 29, 2017 at 11:00 a.m. in Lambertville United Methodist Church (LUMC) 8165 Douglas Rd, Lambertville, MI 48144.  Burial will follow in Toledo Memorial Park with Military Honors conducted by Lambertville VFW Post 9656. In lieu of flowers, donations may be made to LUMC. Online condolences may be shared at www.bedfordfuneralchapel.com.