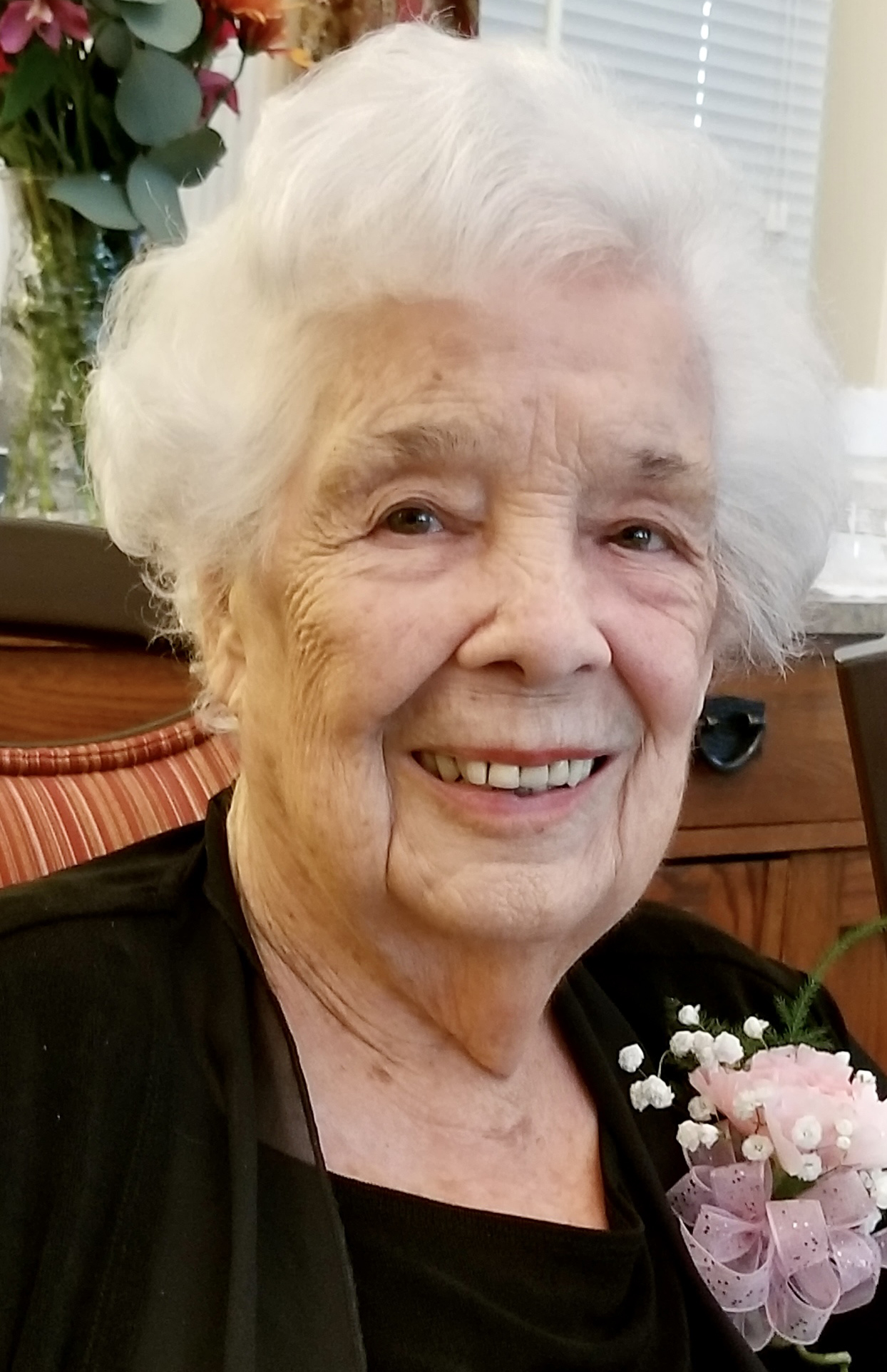 Doris Nina Carns, 97 years, of Sylvania, OH  passed away on February 23, 2021 just 10 weeks after the death of her beloved husband of 74 years, Charles Robert Carns or “”Bob”” as he was affectionately called.

Doris was born on November 7, 1923 in Denver, Colorado to Mary Ethel and Tom Holden.  She attended school in the Denver area.  In 1945, Doris met Bob, the love of her life, who caught her eye at a skating rink, where he was known for breaking the rules by doing backflips at the local skating rink. As Bob’s time in the service came to a close, he asked her to marry him before he moved back home to Ohio.  She told him to come back in a year if he still wanted to marry her, which he did–and she said yes.  Bob and Doris were married on September 25, 1946.  They raised three wonderful sons, Ed, Tom and Randy.  She was employed by J.C. Penny and sold real estate, as well as serving in various ministry roles within her faith communities. In the early 1970s they moved to Alaska where she continued her dedication to the ministry and real estate.   Doris was ordained as a minister in 1976, for the American Evangelistic Association, and felt called to Hawaii to minister to the local Chinese congregation for many years.  While there both she and Bob worked at the beautiful Banyan Tree Plaza.  They retired from there in 1995 and lived in Florida and then Arizona, while spending summers with loved ones at their family cottage at Wall Lake in Orland, Indiana.  Doris was fond of sharing that she was always an Arizona girl.  Doris enjoyed decorating and in the spirit of fellowship, her door was always open to her beloved guests.  Doris and Bob moved from Arizona back to Ohio in 2014.  They resided in the Sunset Village Assisted Living and Nursing Home until their passing.  Randy,  JoAnn and family were able to help them and visit them frequently.  All of the family is grateful to them for their caring and support.

Family and friends may gather for  Doris and Bob on Thursday, April 1, 2021  from 11:00 a.m. until 1:00 p.m. in the Urbanski’s Bedford Funeral Chapel 8300 Lewis Ave  Temperance, MI where a joint memorial service will be held at 1:00 p.m. officiated by Pastor Harold Raymond followed by inurnment at Toledo Memorial Park, Sylvania, OH. Military Honors will be conducted for Bob by the Lambertville VFW Post 9656. Memorial contributions may be made in Doris’s honor to a charity of the donor’s choice.