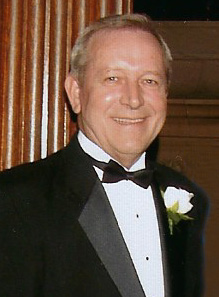 Edward Michael Kaminski, 74 years, of Toledo, OH passed away on September 29, 2018 in Hospice of Northwest Ohio surrounded by his family. The son of Michael and Hedwiga “”Hattie”” (Bialorucki) Kaminski, he was born on December 23, 1943 in Toledo, OH.

Edward served in the United States Navy during the Vietnam War and the Cuban Missile Crisis.  He married Kathleen “”Kitty”” Lane on October 19, 1968. Ed retired from the Toledo Fire Department in 1972 due to an injury while on duty. For many years he was an insurance safety representative and retired from Sky Insurance in 2006. Ed loved spending time with his family, friends and most of all his grandsons. He enjoyed fishing, hunting, bowling and gambling, especially poker and pinochle.  Ed was known for his great personality and he loved to have fun and make jokes.

A special thanks to all the staff at Hospice of Northwest Ohio for the great care of our father.

Visitation will be held on Tuesday, October 2, 2018 from 2:00 p.m. until 8:00 p.m. with Last Alarm Service at 7:00 p.m. by Toledo Fire Department in the Urbanski’s Bedford Funeral Chapel 8300 Lewis Ave Temperance, MI. The Funeral Mass will be celebrated on Wednesday, October 3, 2018 in Regina Coeli Catholic Church at 11:30 a.m. where he will lie in state at 11:00 a.m. Military Honors will be conducted by the Lambertville VFW Post 9656. Cremation will follow. In Lieu of flowers, memorial donations may be made to Hospice of  Northwest Ohio or Regina Coeli.