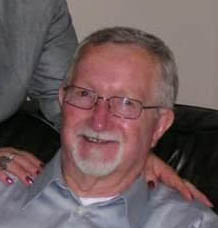 Ernest Karl “”Ernie”” Wurth, 83 years, of Lambertville, MI passed away peacefully surrounded by his loving family on March 17, 2019 at the Lakes of Sylvania.

Ernie was born in Heppenheim Germany on August 8, 1935 to parents Wilhelm and Margaret Wurth. Ernie came to the United States in 1960 to live the American dream. He was drafted by the U.S. Military and served the United States Army honorably from 1960 to 1964.

While stationed in Germany, he met his loving wife Hedy of 54 years. By trade, he was a Mason Contractor leaving his masonry artistry in Bedford, Toledo, Ann Arbor, Georgia and Germany.

Ernie was a quiet and humble man with the warmest heart wanting to help anyone with anything. His actions always spoke louder than his words although when Ernie spoke you were sure to hang on every word.  Throughout his years he was involved in Boy Scouts of America, the German-American Club and lastly a member of the American Legion Post 192. Ernie made sure to give his family and friends his everything. He was a Fisher of Men. He will forever leave his footprint in our hearts.

For 15 years, Ernie battled Parkinson’s. This last year he was at the Lakes of Sylvania where numerous staff members helped him and his family through the toughest days. Many thanks to those staff members and to Kathy with Hospice.

Visitation will be held Friday, March 22, 2019 from 2:00 p.m. until 8:00 p.m. in the Urbanski’s Bedford Funeral Chapel 8300 Lewis Ave Temperance, MI. where the funeral service will be held Saturday, March 23, 2019 at 11:00 a.m. An American Legion Service will be conducted by Post 192 Temperance, MI at 6:30 p.m. on Friday.  Burial will follow in Whiteford Union Cemetery, Lambertville, MI. where Military Honors will be conducted by the Lambertville VFW Post 9656. Memorial donations may be made to the American Legion Sherman H. Osborne Post 192 Temperance, MI.