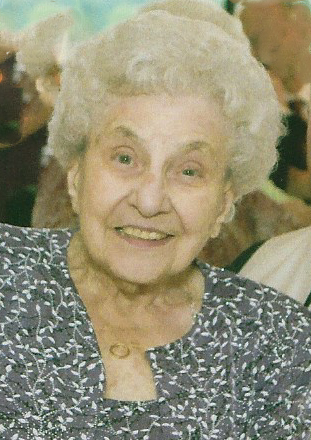 Esther (Radecki) Mielcarek, 92 years, of Temperance, MI passed away Sunday, July 29, 2018 at the ProMedica Goerlich Center, Sylvania, OH. Esther was born on September 9, 1925, in Toledo, the daughter of Frank and Stella (Tabaka) Radecki. She graduated from St. Hedwig’s Grade School and Whitney Vocational in 1943, where she was the editor of the Whitney High School newspaper.

She married Daniel Mielcarek June 21, 1947. Esther was employed by DuPont as a secretary before her marriage. She also worked as a secretary/bookkeeper for Chas. F. Mann Painting Co. and worked in the office of her cousin, Dr. Daniel J. Radecki.

She was a member of St. John the Baptist Catholic Church in Point Place for 61 years and then St. Pius X Parish. Esther was a member of West Toledo Kay-C-Ettes where she served as a former President and former Secretary.

She was preceded in death by her parents; husband, Daniel, who served as a pilot in the U.S. Navy during WWII, in September, 2006 after 59 years of marriage; son, Gerald Mielcarek in 1965 at the young age of 16; brothers, Frank, Leonard, and Rev. Albin Radecki.