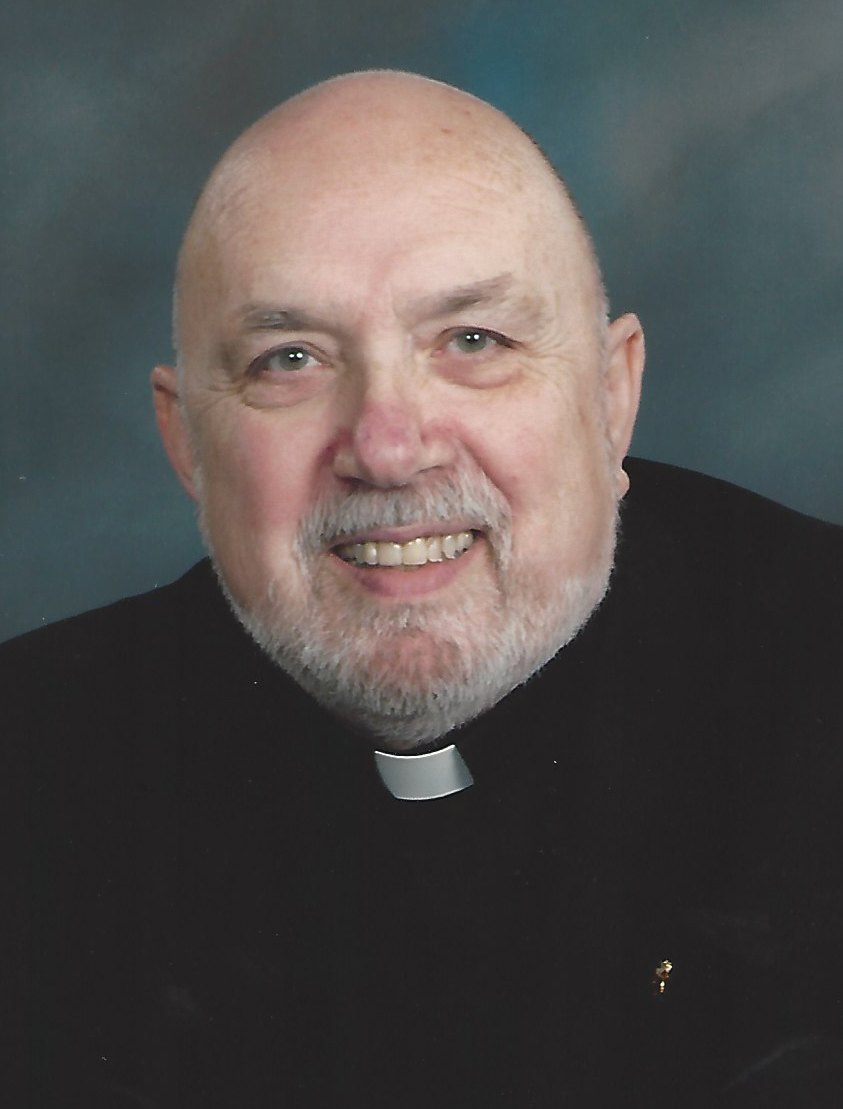 He attended Central Catholic High School in Toledo, OH transferring his last year to Hope Preparatory School in Newburgh, NY. After High School he attended the International College in Rome, Italy. There he received the Ph.L and S.T.B from Gregorian University. After returning to the United States he was ordained a priest in 1961 serving as associate pastor at St. Mary’s Haines Falls, New York. In 1962 he received his M.A. in Theology from the Catholic University and an M.A. in Classical Languages, Paleography from St. Louis University. Father then completed his Ph.D in Medieval Studies at Fordham University and UCLA.

Father was a professor for 34 years at Mount St. Mary’s University and Seminary in Emmetsburg, MD. In addition to his teaching at the University, he served as campus chaplain, spiritual director, academic dean and the Chair of the Visual and Performing Arts Division. Father served as the President of the National Association of College and University Chaplains and served as a Army Chaplain at a military base in the area.  He also opened a European campus for Mount St. Mary’s in Florence, Italy and taught there for one year.

In 2003, he returned home to Temperance, MI to become the Pastor of Our Lady of Mt. Carmel Parish. While there he gave the parish a new Catholic Community Life, restored trust and with his “”Amen”” and “”Alleluia”” at the end of each of his homilies he aspired hope and joy to all. He started hosting the weekly God Works Program to feed the areas needy people. Father had the outdoor mass in the church cemetery for Memorial Day.

Father Daniel was a professor and spiritual advisor at the Sacred Heart Major Seminary in Detroit. He also served in various positions at a number of parishes in the Brooklyn, Jackson and Wyandotte area.

Father is survived by his sister, Nancy Hamman; brother, Jerry Nusbaum; many nieces and nephews. He was preceded in death by his parents, Raphael and Helen Nusbaum; brothers, Bernard, David and Norbert; sister, Mary Jane Nusbaum.

A memorial gathering will be Saturday, December 16, 2017 at 10:00 a.m. in Our Lady of Mount Carmel Catholic Church 8330 Lewis Ave. Temperance, MI where a Memorial Mass will be celebrated at 11:00 a.m. Interment of ashes will follow in the church cemetery with Military Honors conducted by Lambertville VFW Post 9656. Memorial donations may be made to the Rev. Daniel C. Nusbaum Visual and Performing Arts Scholarship of Mt. St. Mary’s or to  Our Lady of Mount Carmel God Works. Funeral arrangements entrusted to the Urbanski’s Bedford Funeral Chapel.