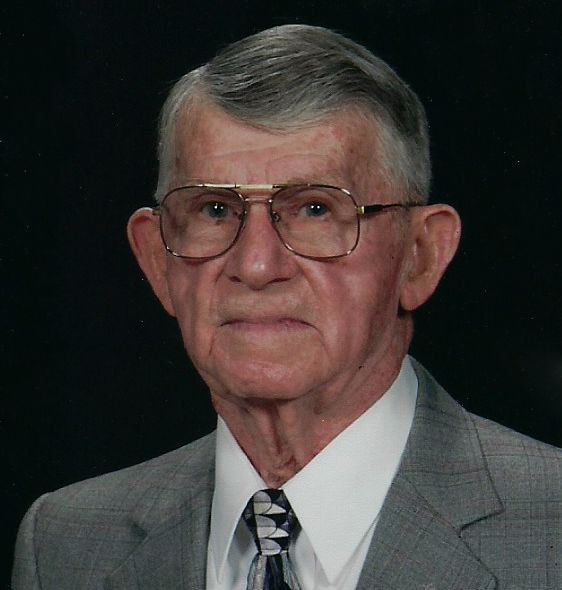 George Komorowski Jr., 96 years, of Temperance, MI passed away on Wednesday, March 10, 2021 in the Toledo Hospital. The son of George and Carrie (Nusbaum) Komorowski he was born at the family farmhouse in Temperance, MI on May 15, 1924.

George married Rose Marie Nyks on May 26, 1951 in St. Hyacinth Catholic Church in Toledo, OH. A lifelong member of St. Anthony Catholic Church where he was an active member of the Holy Name Society and The Knights of Columbus, Fr. John A. Kenna Council #11430 and serving on their school board. He was also a member of the Catholic War Veterans, Harold Johnson Post 1958, Veteran member of Flag City Honor Flight, June 2019,United Brotherhood of Carpenters and Joiners of American, Local 1138 and served as a 4H leader in carpentry for over 25 years.

A U.S Army Veteran of World War II serving in the military police, he was stationed in Hawaii. After the war he worked at Willys Overland. He also worked on the family farm from childhood until his parents death in the 1960s. George began working as a carpenter in 1951. He worked the majority of his career with Seaway Construction Company in Maumee, OH. George retired in 1999 but continued to do odd jobs for Seaway until 2018.

George enjoyed spending time with his family and friends, going up north to his cabin, gardening, raising chickens, deer hunting and talking with anyone who would listen to him.

Visitation will be held on Tuesday, March 16, 2021 from 2:00 p.m. until 8:00 p.m. in the Urbanski’s Bedford Funeral Chapel 8300 Lewis Ave Temperance, MI. The funeral mass will be celebrated on Wednesday, March 17, 2021 at 11:00 a.m. in St. Anthony Catholic Church  St. Anthony Road Temperance, MI where he will lie in state in the narthex after 10:00 a.m. Burial will follow in the church cemetery with Military Honors conducted by the Lambertville VFW Post 9656. Masks are required during both the visitation and mass.