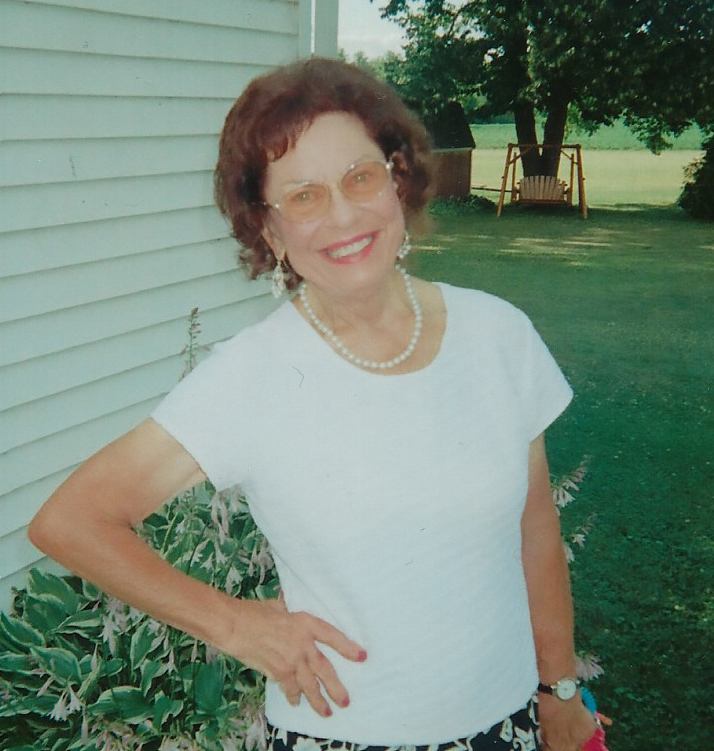 Geraldine Ann Woda, 81, of Temperance, MI, passed away unexpectedly on July 25th, 2018 at her home.  The daughter of Charles and Angeline (Goncz) Erd.  She was born on October 4th, 1936 in Toledo, OH, and attended Central Catholic High School.  She was employed and retired from Owens Corning Fiberglas as an administrative assistant.  In all that Geri accomplished, she was thorough, precise, enthusiastic and lived life with a personal goal of excellence.

Geri was a devoted wife and a loving mother, grandmother, great-grandmother and friend.    She met her husband, Norman, in 1956 and they were married on November 16th, 1957.  They began their life together in Toledo, OH and started their family in and around St. Ann Church.  They moved to Temperance in 1972. Norman preceded her in death in 2010. Geri became an avid member of Our Lady of Mt. Carmel Church, never missing a mass even if she had to watch on T.V. due to not being able to attend.  The church also opened up other opportunities to socialize like the Keen Agers and her all-time favorite rummage sale.  She lived an adventurous life never saying no to an activity.  She went white water rafting in her younger years, enjoyed numerous bike rides and polka dancing with Norman, got lost on every road trip they took and even fulfilled her bucket list by riding a motorcycle for her 80th birthday.  Through all of her life’s adventures, there is a picture for everything, each one labeled with names, dates and ages down to the month.  She fulfilled her heart in many ways, such as journaling the details of every day, exercising with jazzercise and her favorite treadmill, art classes and gardening to share with all the people she loved.

Geri cherished all relationships and loved with her whole heart, body and soul.  Spending time with her family was her biggest priority.  She adored her grandchildren and they all loved their Grammy.

Throughout Geri’s life, she lived and loved faithfully.  Her kindness and spirit lit up the world and we are all better for having her in our lives.