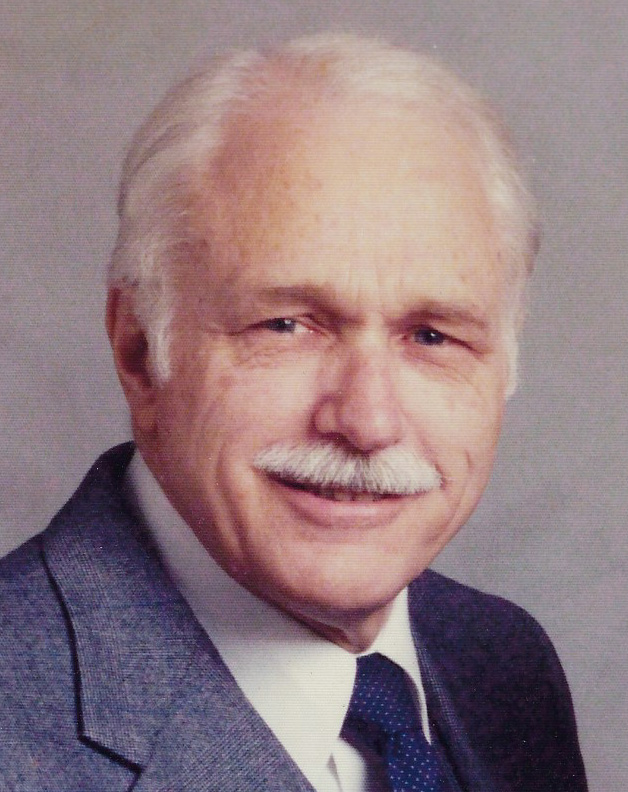 Harold William “”Hal”” Osgood,  95 years, of Lambertville, MI passed away peacefully surrounded by family and a dear friend on Friday, June 14, 2019 at Aspen Grove.  The son of Addison and Lydia Osgood, Hal was born in Erie, MI  on April 19, 1924 on the Osgood family farm.

He graduated as  the valedictorian of his Monroe High School class, then earned a B.S. degree in engineering from the University of Michigan before going to midshipman school during WWII.  After the war, the Navy sent him to China as a supply officer.  After his tour of duty, he remained in China working for the United Nations Relief and Rehabilitation Administration.  This time of his life was one of his fondest memories.  He was in China until 1948, and then at the age of 25, continued around the world on his way home back to the Osgood farm.  Hal worked for General Electric in Cincinnati while earning a second bachelor’s degree in business administration from the University of Cincinnati.  In 1965, he moved to Rockville, Maryland, with his wife (Marjean) and children to work for the Bechtel Corporation as a nuclear engineer where he remained until his retirement.

Hal married two marvelous women – Marjean Noell (1952-1980), the mother of his two children (Kimberly and Scott), and Margaret “”Maggi”” Long Matthews (1986 until her death in 2016).  Hal and Maggi moved from Maryland to Lambertville in 2002 and were members of the Erie United Methodist Church, where the Osgood family has belonged for generations.  Hal and Maggi spent many blissful summers at Maggi’s magical summer place in Washburn, WI.

Hal was devoted to a life of service. He was a tireless volunteer and particularly enjoyed maintaining the landscape at every church where he belonged, his beloved farm and his neighborhood.  His interest in genealogy led to considerable contributions to a book archiving the descendants of John Osgood who arrived in America in the mid-17th century.  He was a great connoisseur of all desserts, especially pie.

In addition to his two children, Hal is survived by his sister, Janet Rennels and three stepsons; Wym Matthews, Charles Matthews and James Matthews.