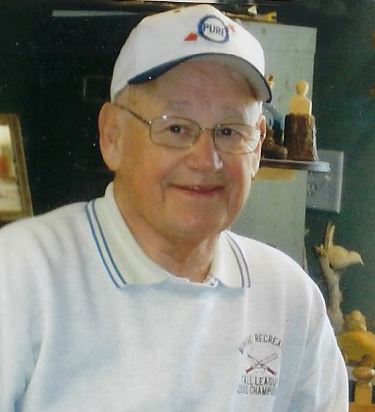 James H. Allen, 86 years, of Temperance, MI passed away peacefully at home in the care of his family on Thursday, January 13, 2022.  Jim’s care was lovingly managed by Hospice of Northwest Ohio.

Jim graduated from Burnham High School in 1953. After high school, he joined the United States Air Force in 1954. He owned and operated Sylvan Photographic for 30 years. After retirement he did home remodeling for 9 years. Jim and wife Elaine traveled all 50 states and around Canada. For 20 years Jim did prison ministry and was involved in Cursillo.

A craftsman, he enjoyed making wooden trucks and jewelry boxes for his family.  Jim also used his wood working skills to make devotionals for family and friends to remind them of the Lord. He loved camping, fishing, golfing, talking and texting with family.  He especially enjoyed the pictures and videos he received of his grandchildren and great-grandchildren.

The Funeral Mass will be celebrated Wednesday, January 19, 2022 at 11:00 a.m. in Our Lady of Mt. Carmel Catholic Church 8330 Lewis Ave. Temperance, MI.  There will be one hour of visitation in the narthex of the church beginning at 10:00 a.m.  Military honors will be conducted by Lambertville VFW Post 9656. Cremation will follow. Funeral arrangements entrusted to the Urbanski’s Bedford Funeral Chapel 8300 Lewis Ave. Temperance, MI.  In lieu of flowers, memorial donations may be made to Hospice of Northwest Ohio.