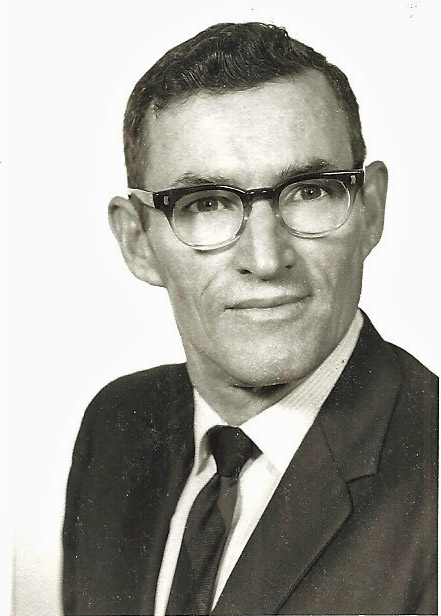 James Clyde Miller, 90 years, of Temperance, MI and formerly of Dayton, Tennessee went home to be with the Lord on Sunday, September 14, 2014 in Vibrant Life Senior Living Temperance, MI.
For over 21 years, he had worked as a supervisor and wood buyer for La-Z-Boy Furniture in Monroe, Mi. and Dayton, TN, retiring in 1986. The son of Wannie and Mossie (Honeycutt) Miller he was born April 21, 1924 in Bell County, Kentucky.

On April 24, 1945 he married Mildred Parrott in Middlesboro, KY., and she preceded him in death in 2011 after 66 years of marriage.
Jim was a U.S Navy Veteran of World War II serving his country as a Gunners Mate 3rd Class on the USS Lexington in the South Pacific theatre from 1942 until the war ended in 1945.
Jim was a member of Johnson’s Chapel Missionary Baptist Church in Spring City, TN. He took great pride and passion in building custom wood cabinets and furniture for over 25 years after he retired.
He is survived by his loving son, Michael (Vicki) Miller of Temperance, MI, a brother, Kyle (Janet) Miller of Monroe; a sister, Etta Johnson of Tazewell, TN; 2 grandchildren, Amy (Rod) Fry of Onsted, MI, Michael Jr. (Brooke) Miller of Temperance, MI; 4 great-grandchildren, Michael and Aaron Miller, Abagail and Ashlin Aiken. He was preceded in death by one brother and 3 sisters.
Visitation will be Tuesday, September 16, 2014 from 4 PM until 8 PM in Urbanski’s Bedford Funeral Chapel 8300 Lewis Avenue Temperance, MI where funeral services will be held September 17, 2014 at 10 AM. His pastor, the Rev John Pair, of Johnson’s Chapel will officiate. Interment will follow in Roselawn Memorial Park. A special thank you to all for their loving care at Vibrant Life Senior Living and Hospice of NWO. Memorial donations may be made to Hospice of NWO. Online condolences may be shared at www.bedfordfuneralchapel.com .