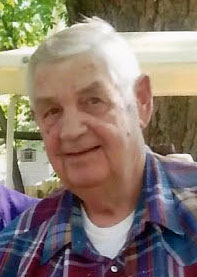 Jerome R. Sorosiak, 77 years, of Toledo, OH passed away Saturday, November 29, 2014 in Promedica Ebeid Hospice, Sylvania, OH. He retired from Columbia Gas as a machine operator after 39 years. The son of Raymond and Lucille (Kujawa) Sorosiak he was born November 5, 1937 in Toledo. May 9, 1959 he married Sue Johnson, who preceded him in death November 5, 2014.

An avid fisherman, Jerry liked cars, trains and radio controlled airplanes. He was a life member of the Weak Signals Club. He enjoyed wood working, making tables and chairs, but most of all he loved his family.He is survived by his children, Jerome A. (Debbie) Sorosiak, Tina Sorosiak; grandson, Shane (Alyssa) Sorosiak and brother Terry King. He is preceded in death by his loving wife Sue and brother John.

Visitation will be Wednesday, December 3, 2014 from 4 PM until 8 PM in Urbanski’s Bedford Funeral Chapel 8300 Lewis Avenue Temperance, MI where the Funeral Service will be at 7:00 PM, officiated by Pastor, Jerry Craig. Cremation will follow.