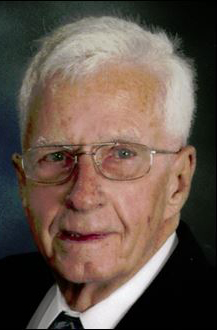 John was born in Detroit. He was a veteran of WWII, where he was stationed in the Philippines and Japan. He graduated from the Henry Ford Trade School, Wayne State University and the University of Michigan. He taught vocational arts in Detroit Public Schools until 1968, after which he was the Director of Vocational Education for Southern Monroe County Public Schools. He was an active member of the Knights of Columbus (4th Degree) and the Ancient Order of Hibernians.
A celebration of his life will be held at the Robert H. Jones Council Knights of Columbus (25160 W. Outer Drive, Lincoln Park, 48146), on January 15th from 2-7 pm. Rosary/service at 4 p.m.
Visitation and memorial service at Bedford Chapel (8300 Lewis Ave., Temperance, 48182, 734-847-3841) on January 20th from 3-9 pm. Rosary/service at 6:30 pm. Memorial Mass at Our Lady of Mount Carmel Catholic Church (8330 Lewis Ave., Temperance, 48182), January 21st at 11 am.
Contributions in John’s memory can be made to the Capuchin Soup Kitchen, Hospice of Michigan, or any Veterans organization.