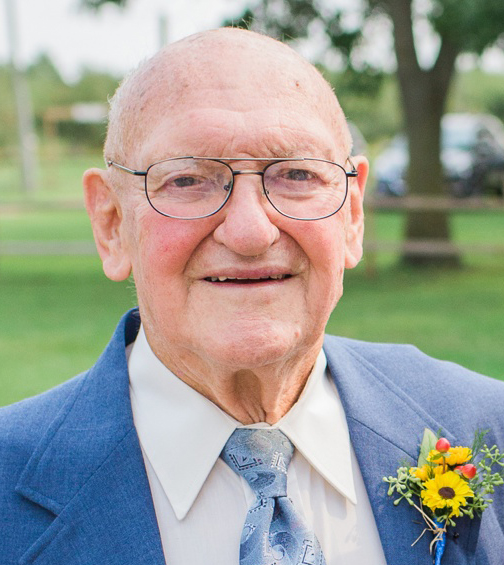 Kenneth was born to Howard and Catherine (Wernert) Iott on August 25, 1930 in Petersburg, MI. He married Berniece (Fager)  on September 8, 1951in Maumee, OH and eventually they settled on the home farm in Temperance, MI and raised six children.

Throughout his career, Ken worked for Willy’s Overland, farmed with his father and brothers and was a long-time employee for Roadway Express, where he achieved The Million Mile Safe Driving Award.

Upon retiring in 1992, Ken and Berniece moved to Flandreau, SD.  After 49 years of marriage, Berniece passed away in 2000. He married Joyce Knock in 2001 and moved to Clear Lake, SD.  They spent the next 15 years traveling, until Joyce’s death in 2016. Shortly after, Ken moved to Pipestone, MN, to be closer to family.

He was preceded in death by his wife, Berniece (February 2000), his wife Joyce (March 2016), his parents; brother, Gerald; sister, Bernice, and sister and brother in-laws.

Visitation will be on  November 21, 2017 from 2:00 p.m. until 9:00 p.m. in the Urbanski’s Bedford Funeral Chapel, 8300 Lewis Ave, Temperance, MI. The funeral mass will be celebrated on November 22, 2017 in Our Lady of Mt. Carmel Catholic Church Temperance, MI at 11:00 a.m. where he will lie in state in the narthex after 10:00 a.m. Burial will follow in St. Anthony Cemetery Temperance,MI. Online condolences may be shared at www.bedfordfuneralchapel.com.