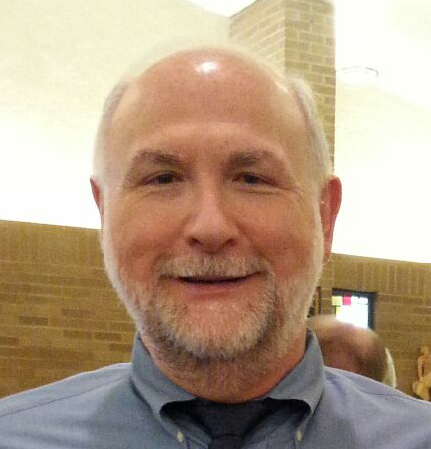 Lawrence “Larry” Irvin, a Senior Electrical Engineer, died unexpectedly on May 18, 2016 at the age of 59 in his home in New Albany, IN.
Larry is survived by his wife of 35 years, Debbie Irvin (Allore); his children, Chad (Mandy) Irvin and Jennifer Irvin; his mother Cecelia Irvin, his sister Betty Irvin, his 3 grandchildren, Seth, Brayden and Jaxen Irvin, and many loving nieces, nephews and extended family. He is preceded in death by his brother, Thomas Irvin and his father, Carl Irvin.


Larry loved computers and to build things. He worked as an electrical engineer for 30+ years. He enjoyed science and looking at the stars with his grandsons. He was a big fan of Fantasia and playing practical jokes. Larry was a problem-solver, who often took on difficult and unwanted projects at work and around the house. He will be deeply missed by his friends, family, and all who knew him.
Larry was born in Haskins, Ohio on December 2, 1956 to Carl Irvin and Cecelia Dougherty. He graduated from the University of Toledo and worked as a Senior Electrical Engineer for Manitowac Beverage Systems. On November 8, 1980, he married Debbie Allore. He is a veteran of the United States Army where he served at the White House under President Carter.
Visitation will be from 2:00 until 8:00 PM at Urbanski’s Bedford Funeral Chapel  8300 Lewis Ave. Temperance, MI on Tuesday May 24th 2016. Funeral services for Larry will be a St. Anthony’s Catholic Church on Wednesday, May 25th 2016 at 11:00 AM. Larry will be laid to rest at the St. Anthony Cemetery in Temperance. In lieu of flowers, donations may be made to the American Heart Association or any charity of your choice in his name. Online condolences may be shared at www.bedfordfuneralchapel.com