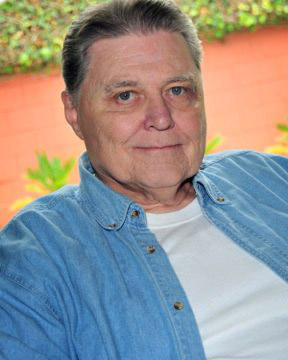 Lawrence Lewis Lechlak, died peacefully October 25, 2014 in Huntersville, NC at age 72 due to health complications caused from a stroke.

Born June 21, 1942 to Wilma Hardy and Leonard Lechlak and raised in Toledo, Ohio, Larry graduated from Central Catholic High School in 1960, married Charlotte Sadd in 1964, raised three daughters and worked as a tool and die engineer at Toledo’s Jeep plant for 13 years.

He and Charlotte later moved to Los Angeles, CA where they owned and operated a successful commercial printing business for 22 years before retiring and relocating to North Carolina to be near family.

Besides his grandchildren, one of his greatest enjoyments was singing with the Los Angeles-based choir, Angel City Chorale for 14 years.  He performed in many concerts including backup for Stevie Wonder, Michael Buble, Melissa Ethridge, and sang at notable venues such as the Kodak Theatre and Walt Disney Hall.

Visitation will be from 2 pm until 8 pm on Sunday, November 2, 2014 at Urbanski’s Bedford Funeral Chapel, 8300 Lewis Avenue, Temperance, MI. The Funeral Mass will be celebrated Monday, November 3, 2014 at 11 am in Our Lady of Mt. Carmel Catholic Church, 8330 Lewis Avenue, Temperance where there will be visiting in the Narthex after 10 am. Burial will follow in the church cemetery.

In lieu of flowers, memorial contributions are welcome and should be made to Angel City Chorale, c/o Sue Fink, 3413 Craigview Avenue, Los Angeles, CA 90066. Online condolences may be shared at www.bedfordfuneralchapel.com .