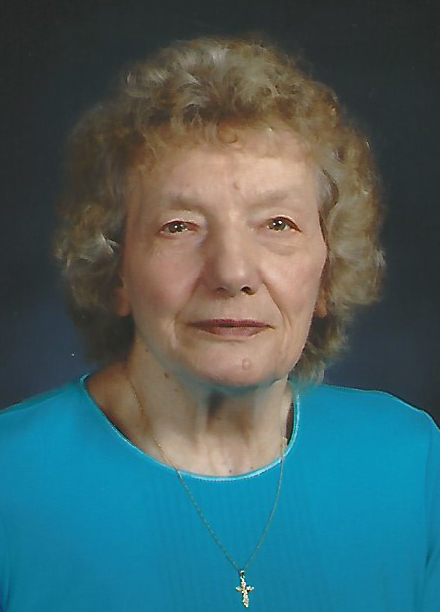 Marty, age 97 years, passed away on Wednesday, May 6, 2015 at Fountain View of Monroe, Monroe, MI where she resided the last 3 ½ years. She had battled Parkinson’s disease for many years and had a recent fall breaking her hip. A former resident of Perrysburg, OH for 48 years, she retired from Peter Stamping. In 2000 she moved to Wisconsin to live with her daughter, Shirley.

Marty was born September 18, 1917 in Toledo, OH to John and Elizabeth Jozsa.

Marty was born September 18, 1917 in Toledo, OH to John and Elizabeth Jozsa.

An avid cake baker, card and bingo player, Marty bowled until age 91. She was involved in various sports in the 1930’s playing quarterback for the East vs. West Girls’ Football Games. She also pitched softball from the 1930’s until 1954 for various teams, such as Franklin Ice Cream, Foodtown, Lownsbury Chevrolet, Willy’s Overland and UAW Local  #12 to name a few. She was involved with her brother, John Jozsa racing midget cars at the Ft. Miami Dirt Track and stock cars at Raceway Park. While in Wisconsin she enjoyed watching her grandson racing at Hales Corners and 2 great-grandsons racing Jr. Dragsters in Union Grove. Fishing was another love, which she taught to her daughter, grandchildren, and 2 great-grandsons.

A casual gathering celebrating her life will be held Saturday, May 30, 2015 from 10 a.m. until the time of the Memorial Service at 12 noon at Urbanski’s Bedford Funeral Chapel, 8300 Lewis Ave. Temperance, MI, officiated by Pastor, Tim Loewe of Christ the King Lutheran Church, Lambertville. Her ashes will be interred at a private ceremony in Historic Woodlawn Cemetery, Toledo.

Special “Thanks” to niece, Judy (Mike) Nester and Donald (Kathy) Kilps of WI; to Great Lakes Hospice Foundation, Beltina and Brooke; and the staff at Fountain View of Monroe for all the love and care provided to her.