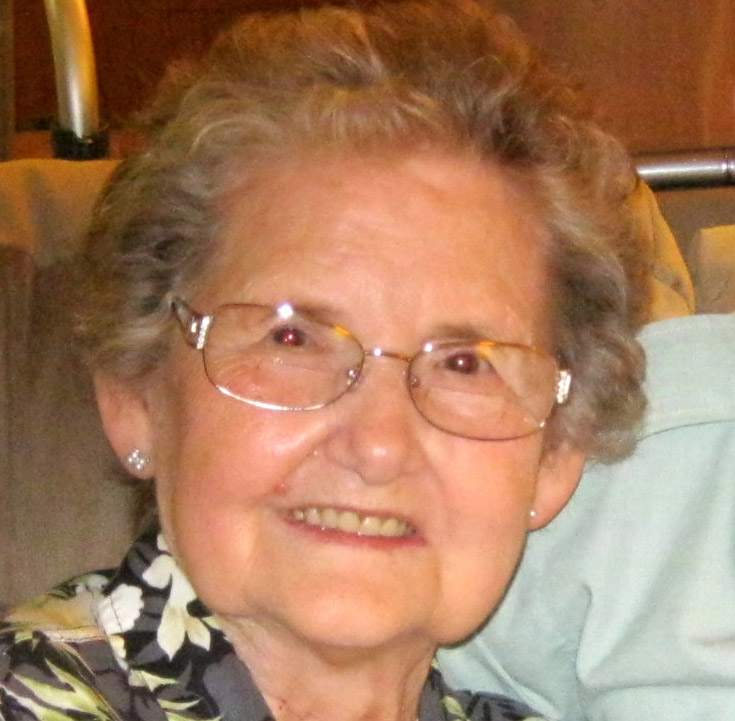 Mary A. Melczak, age 87, passed away peacefully on Tuesday, August 26th at Sylvania’s Ebeid Hospice from congested heart failure with her daughters by her side into the arms of our loving God.  She was born on March 14, 1927 to Frank and Angeline Koltoniak.

She was the youngest of ten children.    She married Norbert Melczak on November 25, 1944.   Mary retired from Heinl’s greenhouse in 1983 where she worked after bringing up her four children.  Prior to raising her family she worked at the Haas Jordan Umbrella factory.   Mary found purpose in life when helping others and she will always be remembered for her servant heart as she was a devoted caretaker to many of her ailing relatives and neighbors.  Mary also had the gift of hospitality where she loved to entertain family and friends in her home no matter the occasion.   Mary was a parishioner of Regina Coeli Church for the past 58 years where she was a member of the St. Francis Guild, and the Alter and Rosary Guild.  Mary was devoted to her faith.

Surviving are her daughters, Mrs. Kathleen (Larry) Sims, Mrs. Patricia (Kirk) Chwialkowski; Son-in-law, Thomas Biniecki; and five grandchildren; two step-grandchildren; along with ten great grandchildren; one great great grandson making for five generations, which brought much joy to her heart.  Also surviving is one brother, Leonard Koltoniak, and companion and best friend for over the past three years Paul Ellerbrock, along with many nephews and nieces.   Mary was preceded in death by her husband, Norbert Melczak who passed away in 1993; and daughter and son, Judith Biniecki and Gregory Melczak, who passed away 3 days apart in January 2011.  Also preceding her is her grandson Thomas Biniecki Jr. who passed away 1998 from Duchene’s Muscular Dystrophy after Mary cared for him for over two years.  Also preceding Mary are four brothers, and four sisters whom she loved dearly.   She will be dearly missed by all.

Visitation will be Thursday, August 28, 2014 from 1 PM until 8 PM in Urbanski’s Bedford Funeral Chapel, 8300 Lewis Avenue, Temperance, MI. , where all are invited to attend a special celebration of Mary’s life at 5 PM where she will be remembered through video and sharing of stories.  Scripture services will follow at 7 PM. The Funeral Mass will be Friday, August 29, 2014 at 10 AM in Regina Coeli Catholic Church, celebrated by the Pastor, Fr. Chris Kardzis. Burial will follow in Calvary Cemetery. The family would like to thank the caregivers from Promedica Hospice, especially Tiffany her aide who always knew how to bring a smile to Mary’s face, and Kim her nurse.  Also much gratitude to Michelle her former nurse and Sally her former therapist from Lucas County’s Area Office on Aging, who remained dear friends with Mary beyond the years that they cared for her. Memorial donations may be given to Regina Coeli Church, 530 Regina Pkwy. Toledo Ohio  43612; Make-A-Wish Foundation; or Ebeid Promedica Hospice; or to the donor’s choice.