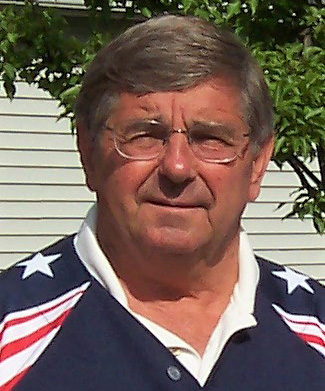 Michael “Mike” Pasko, 81, a loving and proud husband, father and grandfather, passed away peacefully at his home in Temperance, Michigan on September 20, 2018.  The son of Michael and Stella (Kusina) Pasko,  Mike was born on November 20, 1936.  Raised in Toledo, Ohio, he graduated from Central Catholic High School in 1954.

He was a proud veteran of the U.S Army, and spent his entire professional career with the U.S. Postal Service. After retiring, his mission to help others was achieved through tireless volunteerism in the community with a variety of organizations such as the Lions Club, Goodfellows, RSVP, Relay for Life, Our Lady of Mt. Carmel, and the Bedford Park Commission. This spirit of service won him the Bedford Now “Citizen of the Year” Award in 2002.

He loved all things outdoors, including his work at Giant Oak Golf Course where he hit his prized hole-in-one.  He had a relentless passion for gardening, growing hundreds of flowers in his yard and distributing them around the community. An avid fisherman, he looked forward to his annual fishing trip with his family and friends to Chiblow Lake in Canada for 50 years.

If Mike wasn’t outside piddling around with something, you would likely find him inside watching sports, making fishing lures, or concocting new recipes for chili mac.  For over 15 years he was a season ticket holder for Michigan State Football to support his children’s alma mater and loved hosting elaborate tailgates. He enjoyed travelling, had a gift for gab, knew someone wherever he went, adored his grand dogs, and loved taking his grandsons to Mudhens games and to get hot dogs.

Michael is survived by his loving wife of 59 years, Beverly; his children, Konnie (Mark) Tlasky and Kristina Crystal; his grandson, Christopher Tlasky; and his sister, Patricia Hansen. He was preceded in death by his parents; his brother, Thomas Pasko; his son, Kenneth Pasko; and his grandson, Ryan Tlasky.