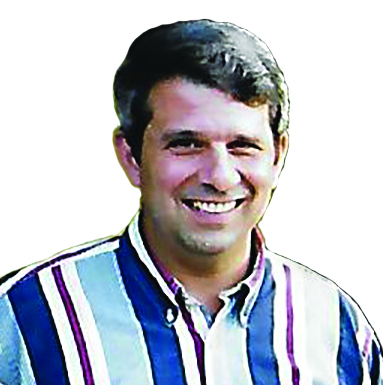 On July 22, 2021, Michael C. Schira (69), with his loving wife of 45+ years, Mary (Flynn) Schira at his side, left us as quietly as he had lived his life amongst us.  The love of Mary’s life, the “Gentle Giant’s” departure came far too soon, and was unexpected following a surgery at Toledo Hospital which was intended to re-open his pathway to what he enjoyed in life – the freedom and mobility he needed to spend quality time with Mary, his best friend, and with his many, many family members and friends.  He was also looking forward to continuing in his lifelong commitment to the operation of what was started as his great-grandfather’s business in 1889, the Marleau Hercules Fence Co., where he had worked for over 55 years.

Mike was born in Toledo, Ohio on February 4, 1952, the 4th child in a family of 7 children born to Charles and Gladys Schira.  The Schira clan was raised in St. Catherine’s parish where he attended grade school. Mike went on to attend Central Catholic High School, graduating in 1970, with his then friend and classmate, and later wife, Mary.  Following a year at the University of Dayton, Mike realized his dream and transferred his education to the University of Notre Dame, following in his father’s footsteps, and from which Mike graduated in 1974 with his degree in business administration.

During his time at ND, Mike studied (he really did!!), enjoyed the Irish sports scene (also he really did!!), established still another group of close friends, and relished the opportunity to explore the 1970’s musical harmonies of the Moody Blues, the Eagles, Jimmy Buffet, and so many others.  Somehow he managed to fit his 6’4” frame into his 1966 VW Beetle to travel back and forth to ND, often with his classmate, Dick Malone, in the jump seat.  His senior year highlight at ND was a road trip to New Orleans with Mary and his friends, Kate and Dick Malone, to sit in the rain in Tulane stadium for the 1973 New Year’s Eve Sugar Bowl, where the Irish “trounced” the Alabama Crimson Tide (24-23) to win the NCAA National Championship – a trip that still lives in infamy for those in the know!!

After his years at ND, Mike returned to “the fence company” where he set out on his lifelong commitment to developing a business that became so much more than the fence installation business he had returned to in 1974.  With his brother Jim at his side, they worked to expand the operations of “Marleau” to include the manufacturing and distribution of fence materials and supplies throughout the country, and much more.  To say that he was devoted to the success of Marleau is wholly inadequate, and under the care of Mike and his brother, Jim, the business has grown and flourished.

In 1975, Mike and Mary married, joining two strong CCHS families, the Schiras and the Flynns.  The couple, and the vast majority of their extended families, have remained almost wholly in place in the Greater Toledo area, if we overlook their decision to build their home in Monroe County.  The couple built their home in Temperance, MI in 1980 where they have remained for the entirety of their life together, riding both “his” and “hers” yard lawn mowing tractors as they worked together to maintain the acreage they have joyfully called their home for the past 41 years.

Mike was well known, and greatly appreciated as both a “grillmaster”, and as a “mixologist”, skillfully concocting some of the most fantastic Bloody Mary’s (no surprise about the selection of that cocktail) which he happily made available on a Saturday morning tailgate.  As diehard fans of Fighting Irish football, they reveled in hosting many tailgates at their motor home while attending ND home games with the season tickets which were passed down from generation to generation in the Schira lineage. The Schira tailgate party was open to family and friends, to kids of friends, and to the friends of the kids of friends – it was a celebration for all.  Large group canoe trips on the Au Sable River, camping and golf were all regular events for Mary and Mike and their friends and family over the years. Thursday 9 hole golf outings with Dan and Cheryl Cone and going to dinner for onion rings after. Famously known for his Bloody Mary’s at the Annual Easter Sunday brunch at Pat and Nancy Flynn’s house and grilling every Christmas Eve for the Flynn’s Christmas gathering with his sister-in-law, Terry Bowles.

Mike and Mary have also enjoyed their “Island times” with a vacation on St. John in the Virgin Islands each winter over the past 27 years often spending time with “”The Captain”” Brother Bill and Louise and their friends, Dan and Cheryl Cone and other family and visitors to their island retreat.  While Mike’s recent mobility issues, complicated further by COVID limitations, have prevented his return to St. John in the last couple of years, the times he and Mary spent on St. John with friends and family as their guests were certainly some of the best and most relaxing times of each year.  It was beautiful place to visit and a fantastic place to visit and when Mike was on St. John, he was able to unwind and go into the island mode of life – sun, sand, mojitos and margaritas!

Mike and Mary adopted their son Bertrand (named after his Grandpa Marleau) in 1983, and have a granddaughter, Cara, who they have loved and cherished as part of their lives over the past 14 years.  The Schira family is enormous, with Mike’s parents, Charles and Gladys preceding him in death, as well as his brothers-in law, John Mackley and David Flynn.  Mike leaves his sisters, Ann Mackley and Cathy (Dan) Siebenaler, and his brothers, Bill (Louise), Bob (Kathy), Joe, and Jim (Carole) Schira to carry on the Schira traditions, with too many nieces nephews, cousins, aunts and uncles to name in this space.  He has also left behind his Flynn faction of the family, “the in-laws”, Dan and Kay, Tom and Barb, Pat and Nancy, Terri and Tom Bowles, Helen Flynn and Marlene Black, with an equally diverse group of extended family on that side as well.

Mike, who was affectionately known as Mikey, Walter the “quiet man”, will be sorely missed by his friends and family as he was always a person who could be counted on in a time of need.  He was selfless and persistent in his quiet ways, and was ready to answer the call whenever a need arose.  He was a problem solver, and a critical thinker who would readily step up to lend his hand whenever his hand might be helpful.  For those of us who knew him well, we can all recall some moment in our lives when Mike Schira quietly, and without any expectation of a return to him, was at our side and had our backs in good times and bad.

Mike’s life and accomplishments will be celebrated on Saturday, August 7, 2021 at Urbanski’s Bedford Funeral Chapel, 8300 Lewis Ave., Temperance, MI 48182 where the family will receive visitors from 10:00 a.m. until 2:00 p.m.  A brief service will take place at approximately 1:00 p.m. at the Chapel, with the burial service to be private at a later date.  Mary asks that donations in Mike’s memory be directed to Central Catholic High School or to a worthy recipient of the donor’s choice.

As Mike would be saying right now with the Notre Dame football season approaching — “Go Irish!” We will miss you Michael.  Be at peace.