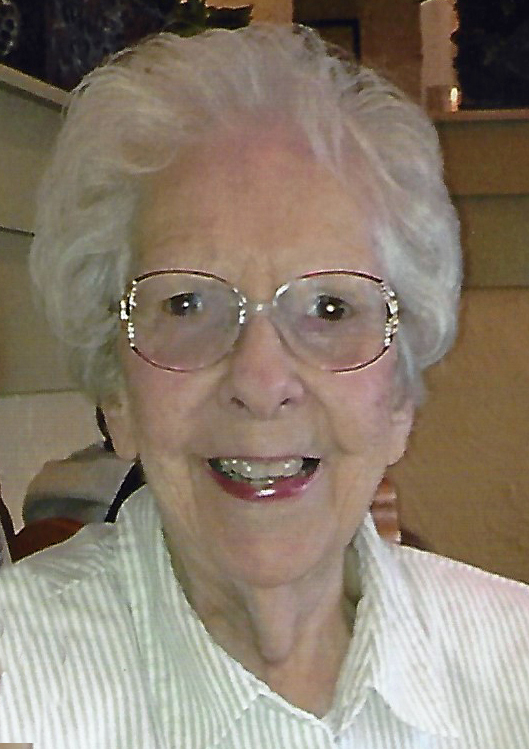 A. Muriel (Tyrrell) Reisner, 87, of Lambertville passed away Sunday, July 3, 2016, at Hospice of Northwest Ohio, Perrysburg.  She was born December 29, 1928, to Edward J. and May Rose (Shea) Tyrrell in Buffalo, New York.  Muriel attended South Park High School in Buffalo and upon graduation went to work in the office of Manzel Brothers, a manufacturer of mechanical lubricators.

In 1952, she married the love of her life, Arnold L. Reisner, a merchant marine engineer.  After the first of four children was born, Muriel left Manzel Brothers to become a homemaker in Hamburg, New York.  Muriel was active as a Scout Leader and with the school PTA.  In 1971, after her husband’s retirement from the merchant marine, the family moved to Deckerville, a peaceful farm community in the thumb of Michigan.  In 2002, they relocated one final time to Lambertville to be closer to their children and better health care facilities.  Once again, they were blessed with very friendly and helpful neighbors.

will be celebrated Friday, July 8, 2016 at 11:00 a.m. in Our Lady of Mt. Carmel Catholic Church, Temperance where she will lie in state after 10:00 a.m. Burial will follow in Roselawn Memorial Park Cemetery, LaSalle, MI. In lieu of flowers, please consider a contribution to Hospice of Northwest Ohio, an organization that Muriel was so grateful for, or a charity of your choice. Online condolences may be shared at www.bedfordfuneralchapel.com