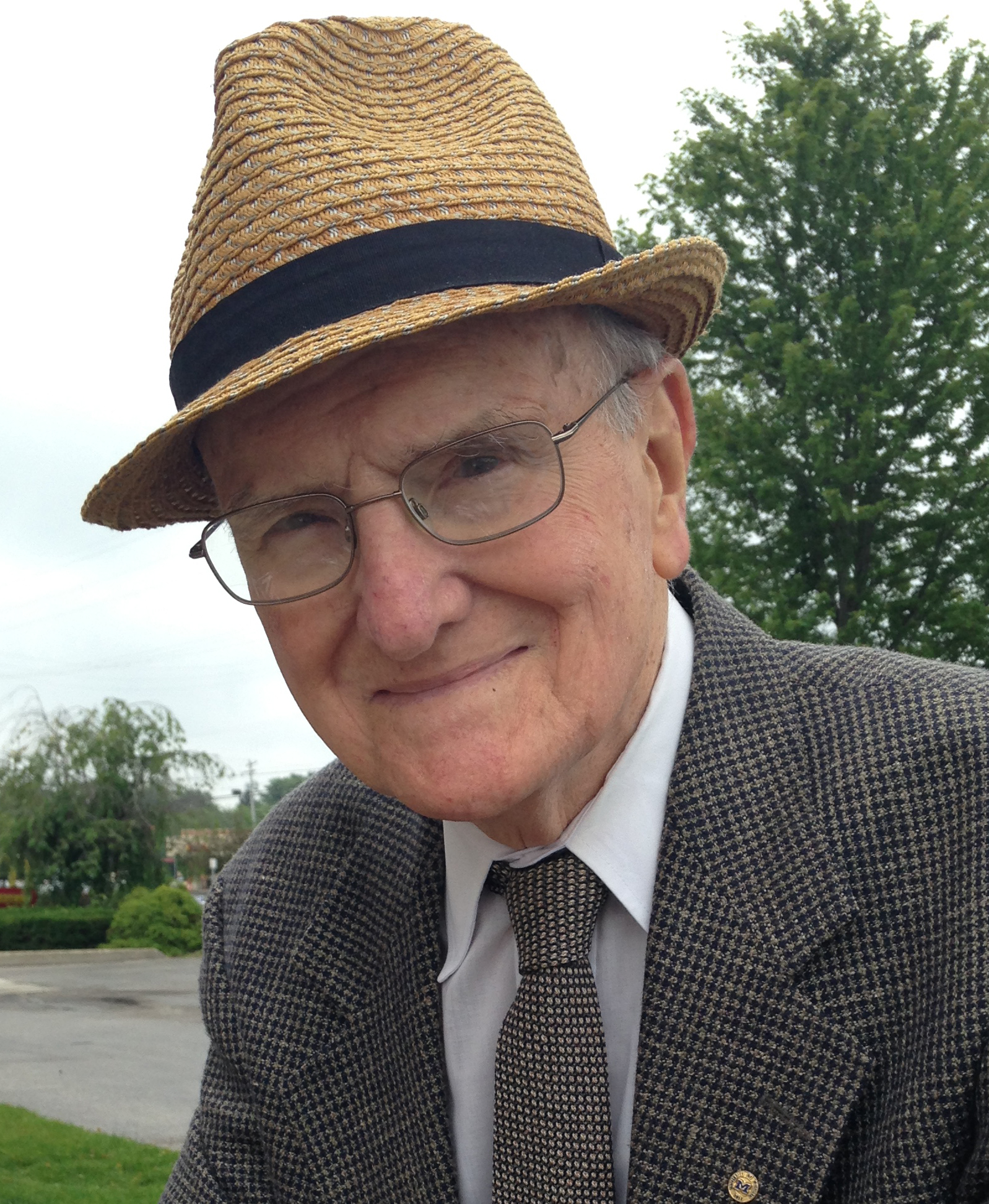 A professional engineer, he was registered to practice in Ohio, Michigan, Oklahoma, New York, Washington, and Pennsylvania.

Dick was born in New York City March 27, 1925 to the late Robert and Josephine MacAdams.  Raised in Allentown, PA, he graduated from its Central Catholic High School in 1943.

While in High School, he was active in Scouting and student government.  He earned an Eagle Scout badge, was President of his senior class and won the Math prize at graduation.

Mr. MacAdams went on to graduate from Lehigh University, Bethlehem, PA as a Mechanical Engineer in 1946, completing 4 years of study in less than 3 years.  Dick’s social fraternity was Sigma Phi Epsilon.

While in college, he was awarded freshman honors, elected to Tau Beta Pi (Engineering Honorary), Editor-in-Chief of the Class of ’46 yearbook, and was elected President of the Senior Class.

He moved to Toledo soon after graduation to become a Project Engineer with the Pure Oil Company.

In 1948, he married his college sweetheart, Geraldine Mitchell and they resided in  Toledo until 1960, when they moved to the nearby suburb of Lambertville, MI.

In 1965, Dick joined SSOE, an Architectural/Engineering firm in Toledo, as a Project Manager.

While at SSOE, he managed the design and engineering of manufacturing systems which

In 1972, he was named a Partner in the firm and, later, was appointed Vice-President in charge of SSOE’s Industrial Division.

Dick was the project manager for the design, in 1980, of the first Japanese auto assembly plant (Honda) built in the United States (Marysville, OH).

The Toledo Society of Professional Engineers named Mr. MacAdams “Engineer of the Year” in 1985, and in 1986, the Chemical Engineering Society of Toledo honored him with its Herbert  Thober Award.

Dick MacAdams also served his community during his lifetime.  He was an active member of Toledo Rotary for many years and served on several of its committees.  He also served  Bedford Township for six years as a member of its Planning Commission—three years of which, as its chairman.

After he retired from SSOE in 1991, he received certification from the American Arbitration Assoc. to act in OH and MI as an arbitrator, mediator, and expert witness in litigation pertaining to construction contract disputes.  He retired from this activity in 1996.

A devout Catholic, Dick was a longtime member of St. Anthony of Padua Catholic Church (Temperance, MI), where he served as a lector and taught Catechism. He was also a skilled gardener, and enjoyed rooting for the Detroit Tigers and Lions…and his beloved Lehigh  Mountain Hawks.

Dick’s wife of 66 years, Gerry, died in 2015.  He is survived by his children; Monica MacAdams (Michael Smith), of Washington, DC, Michael MacAdams (Maria), of Lubbock, TX, and Melanie MacAdams (Michael Chambers), recently of Lambertville, MI, by his two grandchildren: Stephanie Stasik (Chad) of Shavano, TX, and Ashley Elitt (Michael) of New York City, and by his five great-grandchildren: Nicholas, Katharine, and Michael Stasik plus William and Elizabeth Elitt.

Entombment will follow at Toledo Memorial Park, Chapel of Peace Mausoleum, 6382 Monroe St., Sylvania, OH, 43560.  In lieu of flowers, the family asks that the contributions in Richard’s memory be made to St. Anthony Church or to Lehigh University.