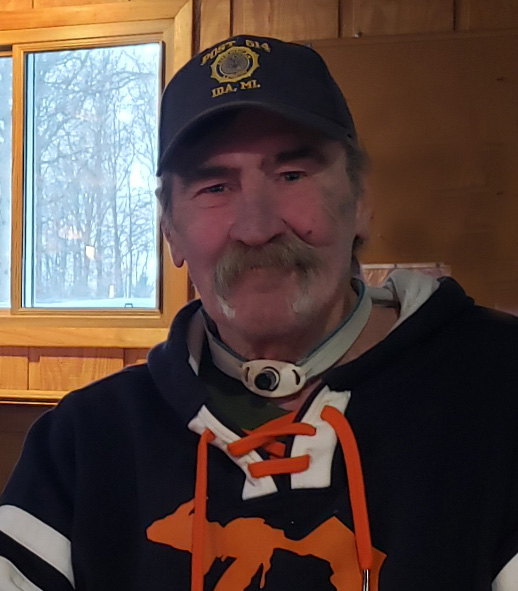 Ronald Wayne Lightfoot, 71 years, of Temperance, MI passed away at the VA Medical Center in Ann Arbor on Wednesday, September 15, 2021. A retired electrician, he worked for the Local 8 IBEW.  The son of Clarence “”Lucky”” and Edith Lightfoot he was born July 25, 1950 in Adrian, MI.  A U.S. Army Veteran, he served in Vietnam during the war.

Ron enjoyed fishing, bowling, golfing, playing keno and spending time with his family and friends. He also looked forward to going on fishing trips in Maine with family. An avid Tigers and Michigan Wolverine fan; he also liked John Wayne and Clint Eastwood westerns.  Ron  will be remembered for his generosity and his witty sense of humor. He was a member of the American Legion Post #514 and #192.

He was preceded in death by his parents; wife, Sharon; sister, Peg Perliskey; brother-in-law, Dave Spallinger; and grandsons, Mark Baretta and Justin Damask.

Family and friends are invited to a Celebration of Life Service on Sunday, October 10, 2021 at the American Legion Post #514, 11601 Lewis Ave. Temperance, MI, where Military Honors will be conducted by Lambertville VFW Post #9656 at 1:00 p.m. Please arrive at 12:45 p.m. Cremation has been held. Arrangements entrusted to Urbanski’s Bedford Funeral Chapel 8300 Lewis Ave. Temperance, MI.