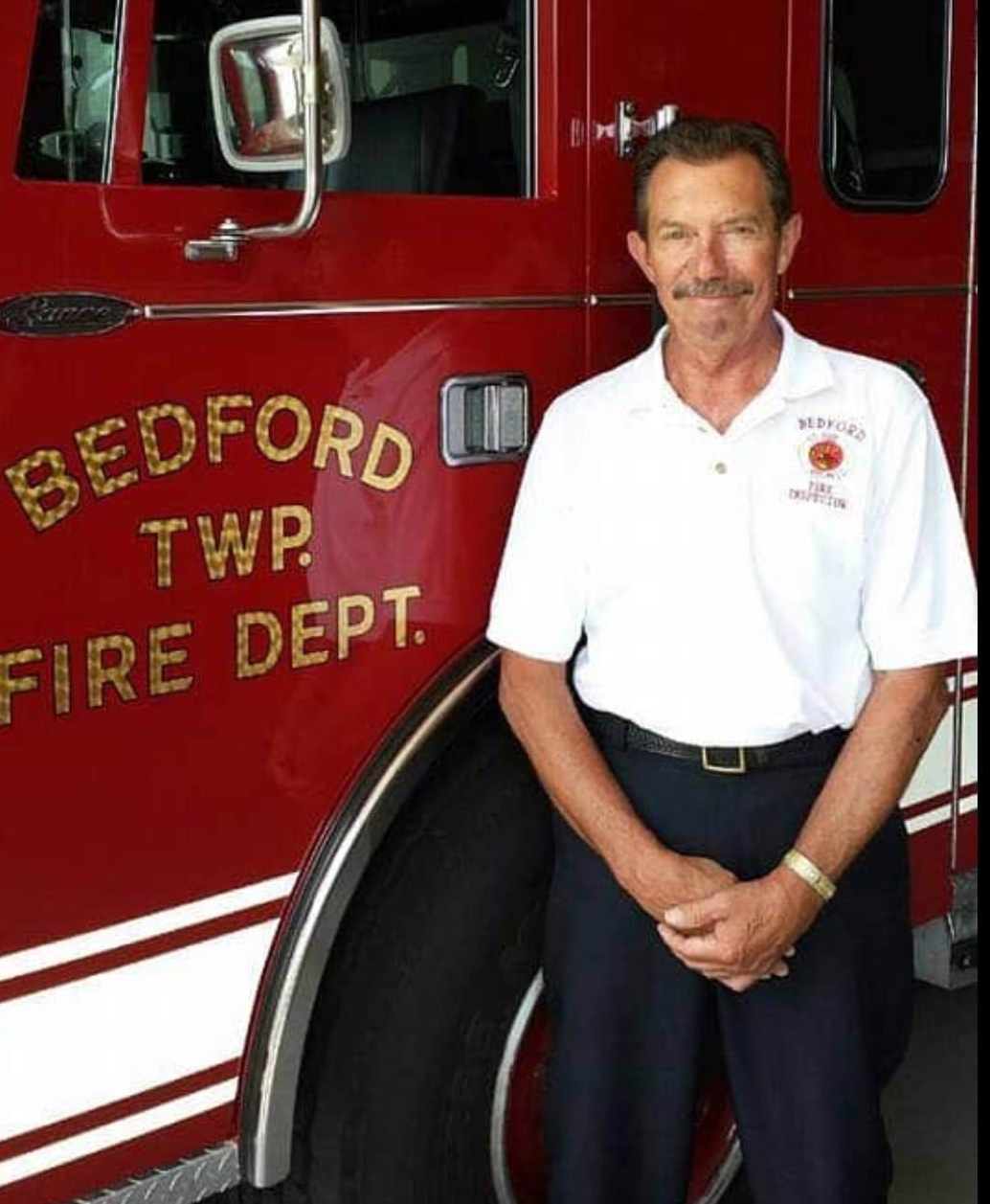 A retired fire chief, fire inspector, and state fire marshal for Bedford Volunteer Fire Department and Frenchtown Fire Department, he dedicated his life to serving his community for over 45 years.

The son of Frederick and Kathryn (Fisher) Whipple he was born March 14, 1947 in Toledo, OH. Ron had obtained the rank of Eagle Scout and he graduated from Central Catholic High School, Class of 1965. Ron had also worked as a Journeyman Iron Worker for the Local 55. He married Cathy Breitner on Valentine’s day February 14, 1987 in Lambertville United Methodist Church, Lambertville, MI.

A SGT. in the U.S. Air Force during the Vietnam War, he received the U.S. Air Force Commendation Medal. Ron began his firefighter career in 1973. He had also been an ambulance attendant/EMT working for the former Bedford Chapel Ambulance Co. for several years. For the last 14 years of his career, he served as the first fire inspector for Bedford Township, state fire marshal (one of 130 in the country) and interim fire chief in Bedford. “”Whip”” devoted his life to saving lives. He received his associate’s degree from Owens Community College along with many hours of training. During his retirement years, he delivered medications to the elderly that couldn’t get around for Crary Drug Store.

He is survived by his loving wife of 33 years, Cathy; sons, Scott (Marci), Christopher (Jill); 4 grandchildren; brothers, David and Michael. He was preceded in death by his parents, Fred and Kathryn; son, Ronald Jr.; granddaughter, MacKenzie and grandson, Zachary.

Visitation with Social Distancing guidelines will be held Wednesday, August 5, 2020 from 2:00 p.m. until 8:00 p.m. in Urbanski’s Bedford Funeral Chapel 8300 Lewis Avenue Temperance, MI, where a Last Alarm Service will be at 7:00 p.m.

The funeral mass will be celebrated Thursday, August 6, 2020 at 11:00 a.m. in Our Lady of Mt. Carmel Catholic Church, masks must be worn. Burial will follow in Toledo Memorial Park Cemetery with Military Honors conducted by Lambertville VFW 9656.

Donations are asked to be made to Tiffany Kidd’s family www.gofundme.com/f/tiffany-arcekidd039s-families039-expenses.