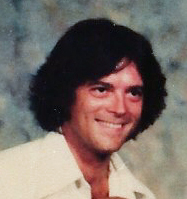 Tom was a 1970 graduate of Start High School and worked for the City of Toledo for over 30 years. He was a Christian. He focused much of his efforts cultivating his friendships and caring for his beloved pets. Tom supported his friends, always willing and ready to be called on lend an expert hand as our tech guy and jack of all trades.

Sadly, his precious daughter, Brandy Lee passed in 2015 at the tender age of 35. Tom was grateful for the years he spent with his spirited daughter. He was preceded in death by his parents, Ziggy and Jean; cousin, Bobby Mermer.

There is no visitation; a private service will be held in his memory. Memorial donations on his behalf may be made to the Toledo Animal Rescue, 640 Wyman Street. Toledo, OH 43609. Arrangements were entrusted to the  Urbanski’s Bedford Funeral Chapel 8300 Lewis Ave Temperance, M 48182.