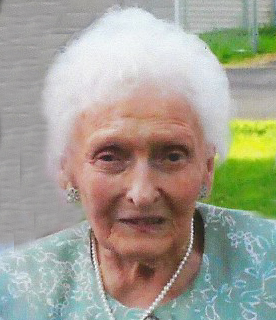 Venetia “”Sue”” Suzanne Scott, 90 years, of Toledo, OH formally of Erie, MI passed away on June 6, 2018 at the Franciscan Care Center. The daughter of Sigmund and Suzanne (Sarnowski) Mierzwiak she was born on August 28, 1927 in Toledo, OH.

Sue was a graduate of Central Catholic High School in 1945 and attended Tri State College. Venetia worked at the Electric Autolite in the payroll office and that was where she met her husband, Leonard Scott, whom she married on June 15, 1949. Leonard passed away in November of 1999.

Venetia is survived by her loving children , Gregory (Nancy) Scott, Kathleen (Dan) Williams, Karen (Michael) Rieger, Mark Scott and Sandra (Michael) Spotts; 7 grandchildren and 8 great-grandchildren. She was preceded in death by her parents and her brothers, Rev. Sigmund Mierzwiak and Dr. Donald Mierzwiak.

Visitation will be held Monday,  June 11, 2018 from 2:00 p.m. until 8:00 p.m. in Urbanski’s Bedford Funeral Chapel 8300 Lewis Ave. Temperance, MI.  The Funeral Mass will be celebrated Tuesday, June 12, 2018 at 11:00 a.m.  in St. Joseph Catholic Church, Erie, MI. where she will lie in state after 10:00 a.m. Interment will follow in the Church Cemetery. In lieu of flowers, memorial donations may be made to the Cherry Street Missions or St. Joseph Catholic Church in Erie, MI.