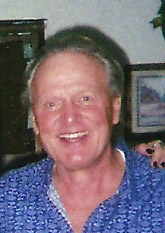 William D. Allen, 67 years, of Lambertville, MI passed away Friday, September 26, 2014 in Ebeid Hospice, Sylvania, OH. A Tool & Die Maker for Ford Motor Company, Maumee Stamping Plant, he retired in 2007 after 30 years. He previously worked for Toledo Molding and Die Company for over 12 years. The son of Richard and Betty (Langham) Allen he was born March 3, 1947 in Toledo.

July 3, 1970 he married Mary Ann Davie in Blessed Sacrament Catholic Church.
William enjoyed his hydroplanes and going to hydroplane and sprint car races. He also liked going to gun shows and enjoyed his past collections of guns. He will be sadly missed. He is survived by his loving wife, Mary Ann; children, Dan (Becky) Allen, Melissa Allen (& friend Doug), Brian Allen; grandchildren, Brittany and Miranda Amos; fury companion, JoJo; brother, Richard Jr. (Judy) Allen; and sister, Debra Allen. He was preceded in death by his parents, sister, Carol Moroffko, and brother, Bob Allen. The dementia that confined his mind is gone, he can now rest in peace.
Visitation will be Tuesday, September 30, 2014 from 2 PM until 8 PM in Urbanski’s Bedford Funeral Chapel 8300 Lewis Avenue Temperance, MI where the Funeral Service will be held Tuesday at 7 PM. Cremation will follow.
Online condolences may be shared at www.bedfordfuneralchapel.com .