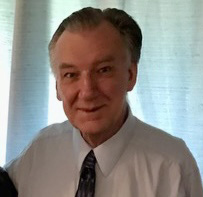 Witold “Clyde” Slupczynski, 73 years old, of Temperance, Michigan passed away peacefully on Friday, January 21, 2022. Born in Hamburg, Germany on March 23, 1948. His family immigrated to the United States when Witold was just 3 years old. Clyde met his wife, Madeline, at age 17.

He enlisted in the United States Army in 1965 and fought on the front lines of the Vietnam War as an armor crewman being part of the 2nd Battalion 8th Infantry 4th Infantry Division until 1968 when Clyde was honorably discharged and returned home. When Clyde returned home, him and Madeline started a family and had two daughters. He went to work as a machinist at General Motors and continued that career for nearly 40 years before retiring from the Toledo Powertrain plant in 2008. Clyde was an avid sports fan who never turned down the opportunity to watch his beloved Detroit Tigers and Pittsburgh Steelers. He was a selfless family man and took pride in providing his family with everything they needed throughout his life. He loved spending time with his daughters and granddaughter as often as possible. Clyde was a loving husband, father, grandfather and friend throughout his life. Clyde is survived by his daughters, Tammy and Tara and his granddaughter, Kayla LaChapelle. He was preceded in death by his wife, Madeline Slupczynski. Clyde will be remembered fondly any time Elvis Presley is played. In keeping with Clyde’s wishes, there will be a private memorial service in the spring where both him and Madeline will be laid to rest together. Cremation has taken place. Arrangements were entrusted to the Urbanski Bedford Funeral Home 8300 Lewis Ave. Temperance, MI.