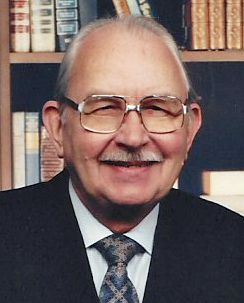 Art was a WWII Naval Veteran, serving on the USS Cowpens (CVL-25) in the Pacific Theater. Art was active in the graphic arts field. In 1953, he was Founder and President of Wayne Graphics, Inc. (formerly Wayne Plate and Copy Service) in Toledo. Arthur also founded Micro Copy Service, which did microfilming of corporate records and engineering reprographics. Additionally, he was the founder and president of the Printing Industry of Toledo, a past president of the Toledo House Craftsmen, a longtime board member of Printing Industries of Northern Ohio, and a board member of the Advertising Club of Toledo. Art was a member of the Rubicon Lodge # 237 F.&A.M. He also belonged to the Scottish Rite, Zenobia Shrine, and the American Legion Post # 335 in Toledo.

Art loved to travel. He enjoyed taking pictures and collecting artifacts from around the world. He would place a red headed pin on the world map to mark his travels. He and Cathy enjoyed many years of traveling around the U.S and Europe. They also loved spending winters in Florida. He was an avid Chicago Cub fan and loved to watch baseball and old movies on TV.

Art is survived by and will be deeply missed by his “”sweetie”” Cathy, his four children; Stephen (Carol), Larry, Michael and Laurie (Michael) Groff. Also surviving him are daughter-in-law; Paula Wayne, grandchildren; Robert, Thomas, Christopher and Ryan Wayne, Aaron Drake, great-grandchildren; Julian, Courtland, Brandon, Paige, Braden, Evan, Trevor and Jacob. He was preceded in death by his parents and his brother, Robert Mackin.

Funeral arrangements will be private and were entrusted to the Urbanski’s Bedford Funeral Chapel,  Temperance, MI.