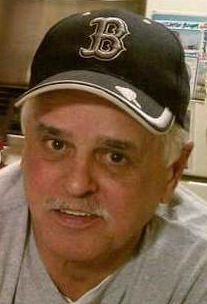 With immeasurable sadness the family of Bernard W. (Hoppy) Travers of Temperance, Mi. tells you of his passing on Feb. 2, 2017 after battling cancer for several months. He was born to Arthur and Gertrude Travers on July 31, 1946 in Taunton, Mass. where he was also a 1964 graduate of Coyle High School. He was a proud Army vet and served in Vietnam. He was a member of the American Legion Sherman Osborn Post 192 in Temperance, Mi. for 37 yrs. He held every office and was elected commander 9 times. He poured his heart and soul into that post as it was his 2nd. home. He was also a member of the VFW Post 9656 in Lambertville, Mi.

He loved everything and anything to do with motorcycles. He raced dirt bikes most of his life all over New England and Michigan, he raced his last race at the age of 69. He worked construction the majority of his life and instead of contemplating retirement he along with his partner Rob Duffey started their business, Great Lakes Concrete Restoration in Toledo Ohio. in 2001, working on the Toledo Mud Hens Stadium being one of their first accomplishments. He was a member of Bricklayers Local 3 Toledo, Ohio. He loved traveling with his family and looked forward to his fishing trips in Cape Cod, his trips to the Daytona races, and traveling to his vacation home in Florida and gatherings for holiday vacations. He loved woodworking and spent many hours building furniture. He was a devoted husband, father, and grandfather. He will be forever missed by his wife Donna of 46 yrs., son Jonathan, grandson Daniel and wife Brittany, and great granddaughter Aria. Also a huge extended family and countless friends. He will also be missed by his grand dog Sammy who he nursed through a bout of cancer. He is also survived by his brother Arthur Travers, sisters, Barbara Turner, Claire Travers, Grace Bennington, Lyn Fossatti, and Cathy Rodriquez. He was preceded by his parents and sister Bonnie McCormack. Respecting his wishes cremation has been entrusted to Urbanski’s Bedford Funeral Chapel 8300 Lewis Ave. in Temperance, Mi. There will be a memorial celebration of his life on Feb. 12th. at 2 p.m. at the American Legion Post 192 620 W. Temperance Rd. Temperance, Mi. In lieu of flowers you may consider a donation to the post in his name. The family would like to thank Dr. Phinney, Dr. Kucway, Dr. John Crayne, and their staff for the many months of care and compassion. The family would also like to thank everyone for the months of calls, cards, well wishes, and prayers.