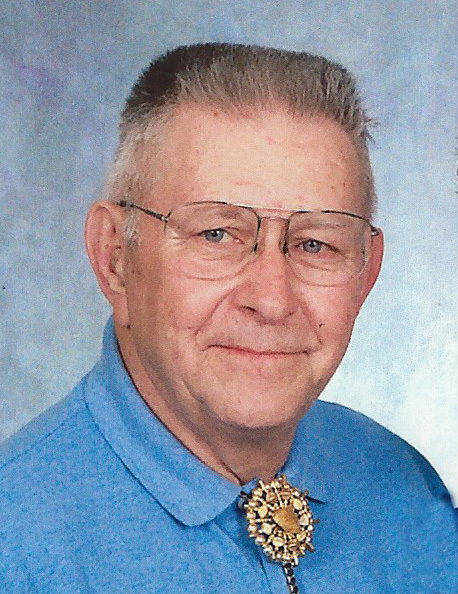 Bill was born to Ted and Inez (Thornton) Lauderman Skolmowski on September 13, 1928 in Toledo, OH.

Before finishing high school he enlisted in the United States Navy where He served as a Petty Officer Third Class Electrician’s Mate on the USS Gordius.  After his tour of duty, he went on to become an Electrician with Local 8 IBEW where he worked with Romanoff Electric for 42 years. He went on to get his GED later in life, because he wanted to stress to his grandchildren how important a H.S. diploma was. Bill married Betty Jean Kistner in the Church of the Brethren in Toledo, OH on July 27, 1950.

They returned to Norfolk, VA  till he finished his Naval Service. Then returned to NW Ohio before settling down in Southeastern MI. They enjoyed 68 years of life together.  They shared their love of Christ, each other, camping and traveling with their 6 children, 13 grandchildren, and 18 great-grandchildren.

Bill shared his love of carving and woodworking to the delight of his family.  He took pride in building a grandmother’s clock for each of his children and a caricature of himself and each of them.  He was a great scout leader for both Cub and Boy Scouts for many years and a 4H leader teaching many young people how to prepare for life. Jesus Christ was the cornerstone of his life which he imparted to his family and friends. He and Betty were active members of Heatherdowns Church of the Brethren before joining with Whiteford Wesleyan Church.

Bill was known for his odd sense of humor that would lighten the mood at any gathering.  But he was also very serious about respect, integrity, love of country and imparting Christian values. If you knew him, this is what you loved about him. . . .and He will be missed.

He was preceded in death by his parents, his loving wife, Betty, his daughter Teresa and his half-sister Luella Lauderman Quetschke. He is survived by his children; Debbi (Ken) Klem, Bruce (Rhonda) Lauderman, Brenda (John) Palmiter, Ben (Shelly) Lauderman and Brian (Ellen) Lauderman; his 31 grandchildren and great-grandchildren.

Visitation will be held on Monday, September 21, 2020 from 10:00 a.m. until noon in Whiteford Wesleyan Church 10285 Sylvania-Petersburg Road Ottawa Lake, MI 49267 where the Going Home celebration will be held at 12 noon. Burial will be private in Restlawn Memorial Park with military honors being conducted by the Lambertville VFW Post 9656. Memorial donations may be made to Whiteford Wesleyan Church or Hospice of Northwest Ohio. Funeral arrangements were entrusted to the Urbanski’s Bedford Funeral Chapel 8300 Lewis Ave Temperance, MI 48182.