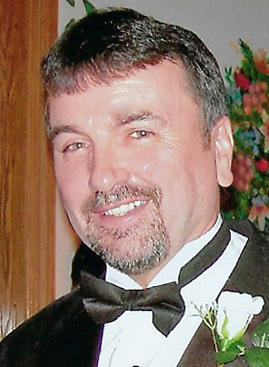 He graduated from Jefferson High School where he also met the love of his life, Susan M.

O ‘Neil. Boyd and Sue were married on April 9, 1976 at St. Charles Church of Newport, MI.  They were blessed with two beautiful daughters, Jessica and Misty.

Following his parents work ethic, Boyd was a hard worker and always provided his best effort.

A heavy equipment operator, he had worked at Holloway, Dan Excavating, and Sylvania Minerals, retiring in 2016.  He was a proud member of Operating Engineers Local 324 for over 30 years and a Union Steward for over 25 years.

He was a member of  Regina Coeli Catholic Church in Toledo.

In his spare time, he enjoyed wintering in Gulf Shores, Alabama and exploring Northern Michigan during the summers. He was a fan of  University of Michigan football and Chicago Bears. Most of all, he enjoyed being together with family and friends.

Boyd had a welcoming smile and a gift of gab; and was willing to give a helping hand to anyone who needed assistance. He will be missed by all who knew him; but we celebrate his life and how he touched each of us.

He is survived by his loving wife, Susan; daughters, Jessica (Shane) Gasper of Lambertville, MI and Misty (Todd) Palenske of Toledo, OH.; brother, Larry of Monroe and sister Brenda (Dick) Cunningham also of Monroe. Boyd was preceded in death by his parents.

In lieu of flowers, memorial contributions in his memory are suggested to the family.