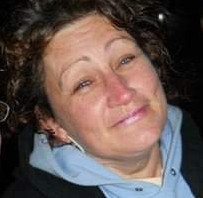 Debra Jean “”Debbie”” Denniston (Fowler), 55 years young, of Erie, Michigan passed away on Sunday, February 3, 2019 after an exhausting battle with lung cancer. Debbie was born on April 22, 1963 to Nathan and Barbara (Wright) Fowler in Toledo, Ohio.

After graduating from Mason High School in 1981, she went on to graduate from Stautzenberger College in 2000 with an Associate’s Degree in Applied Science in the Veterinary Technician Program.

Raised in Temperance, Michigan, Debbie was a country girl through and through. She had a very strong love for animals, nature and exploring. While raising her son she also raised many dogs and cats as well as ferrets and even a skunk and a raccoon. In more recent years, Debbie found a new freedom. Every chance she had, she would be off exploring state parks and museums. In her down time she loved to read, make crafts, and take care of her furry family members; dogs, Moose and Goose, and her cats Bitty and Delilah. She especially enjoyed spending time and sharing her hobbies with her grandsons and other family.

Debbie was preceded in death by her parents, Nathan and Barbara and her nephew, Justin.

She is survived by her only son, Nate (Cara) Denniston; grandchildren, Hunter, Connor; brother, James (Deb) Fowler; sister, Tammy (David) Case as well as the father of her son, Mike Denniston; 3 nephews, 1 niece and their families.