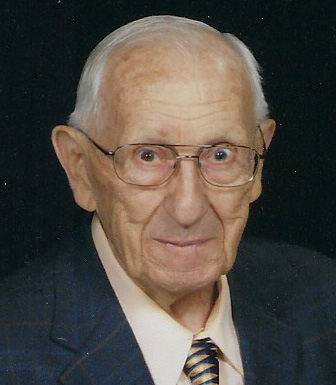 Ervin Henry Ostachnowicz, 93 years, of Temperance, MI passed away peacefully on July 4, 2019 at Aspen Grove Assisted Living, under the care of ProMedica Hospice. The son of Joseph and Angela (Jonkowski) Ostachnowicz he was born on January 15, 1926 in Toledo, OH.

Ervin married the love of his life, Arlene Oberski on June 28, 1947 in St. Anthony Catholic Church. She preceded him in death on December 2, 2009 after 62 years.  Ervin served in the special warfare unit of underwater demolition in the U.S. Navy during WWII. A factory worker, he worked at Chevy and Jeep, then went into construction where he built houses, then commercial construction working his way up to management at Fred W. Bostleman Co.  Ervin then started his own business of Ostachnowicz and Smith, later becoming O&S Ostachnowicz, Inc., which he successfully ran for 40 years until his retirement. He enjoyed boating, fishing, snowmobiling, family gatherings, traveling, dining out, along with numerous other projects.

Visitation will be held on Monday, July 8, 2019 from 2:00 p.m. until 8:00 p.m. in Urbanski ‘s Bedford Funeral Chapel 8300 Lewis Ave. Temperance, MI.  The Funeral Mass will be celebrated on Tuesday, July 9, 2019 at 11:00 a.m. in St. Anthony Catholic Church, Temperance, MI where he will lie in state in the narthex at 10:00 a.m. Military Honors will be conducted by the Lambertville VFW Post #9656. Cremation will follow. Memorial donations may be made to St. Anthony Catholic Church.