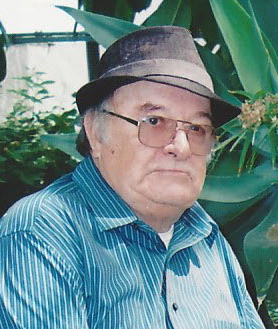 Garry Karl Brown, age 74, went to be with his Lord and Savior Jesus Christ on Saturday, January 10, 2015 in Hospice of Northwest Ohio, Toledo after a long battle with pancreatic cancer. He was surrounded by his loving family. Garry was born August 7, 1940 to Hartsel and Mary Wanda (Myers) Brown in Toledo, OH.

He lived his whole life in Lambertville and Temperance, MI.  He was a 1958 graduate of Bedford High School.  Garry was employed at GM Powertrain (Hydramatic) for over 40 years as a millwright and is a member of UAW Local #14.

Garry loved to go to the Smokey Mountains to watch NASCAR at Bristol Speedway where he had season tickets for the last 20 years. His hobbies he loved doing included, glass blowing, stain glass, LGB trains, RC planes, kite flying, and also was a mentor at Bedford Schools for Robotics.

He was preceded in death by his parents and grandparents. He is survived by his loving wife, sons, daughter, grandchildren, great-granddaughter; brother-in-law, Robert (Fran) Abbott; sister-in-law, Barbara Hogrefe; 2 nieces; 1 nephew; and very best friend from school, Don Brown.

Visitation will be Wednesday, January 14, 2015 from 2 p.m. until 8 p.m. in Urbanski’s Bedford Funeral Chapel 8300 Lewis Avenue Temperance, MI where the Funeral Service will be held Thursday, January 15, 2015 at 11 a.m. Entombment will follow in Toledo Memorial Park. The family would like to thank all of the nurses and aides at Hospice of Northwest Ohio for their kind and compassionate care for Garry. Donations may be made to Shriners Burn Hospital or the Make-A-Wish Foundation.

May God Keep you in his loving arms until we meet again.

God Saw You Getting Tired

When a cure was not to be so

He closed His arms around you

You didn’t deserve what you

went through and so

He gave you rest.

God’s garden must be beautiful

He only takes the best.

And when I saw you sleeping

I could not wish you back to