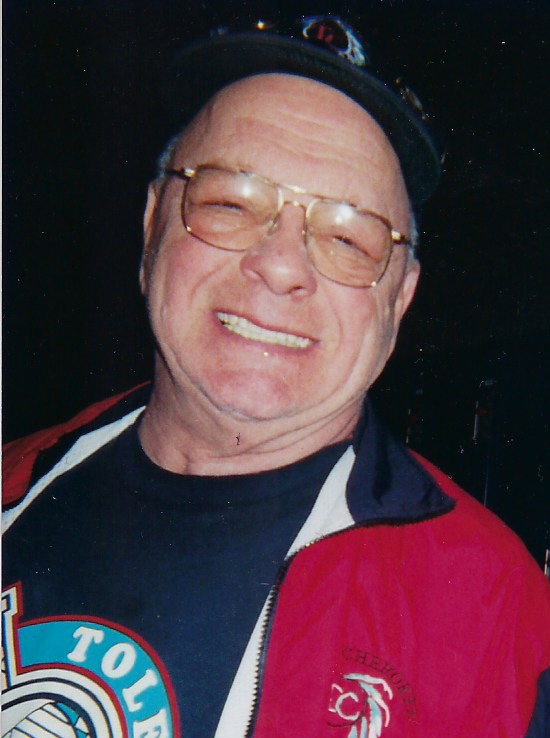 Harold “”Gene”” Adoline, 88 years, passed away peacefully on Thursday morning, May 9, 2019 after a life full of joy, love, humor, and perseverance. Known as Tiny, Dino, Candy Man, Far Away Grandpa, GGpa, and the Squirrel Whisperer. Gene could always make you laugh – a trait that endeared him to the love of his life and wife of 62 years, Roxanna M. Adoline, who he met in October 1955 and married in April 1957.

Gene, the youngest of six children, was born March 5, 1931, in Toledo, to Leo and Louise (Closson) Adoline. Graduated from Macomber in 1949 and served in the U.S. Army. He was a locomotive engineer for Toledo Terminal Railroad, then worked at General Mills for 23 years before retiring to work as a bus driver for tours for Lakefront Lines and as a private limo driver – a profession he loved. He was a big fan of Toledo Cherokee hockey, supporting and volunteering with the team in addition to attending Toledo Goaldiggers, Storm, and Walleye games. He enjoyed tinkering in the garage, playing cards with friends, traveling, and spending time with his family and friends. He was a fighter – despite multiple illnesses, including a battle with mesothelioma, he continued to live life fully until the end.