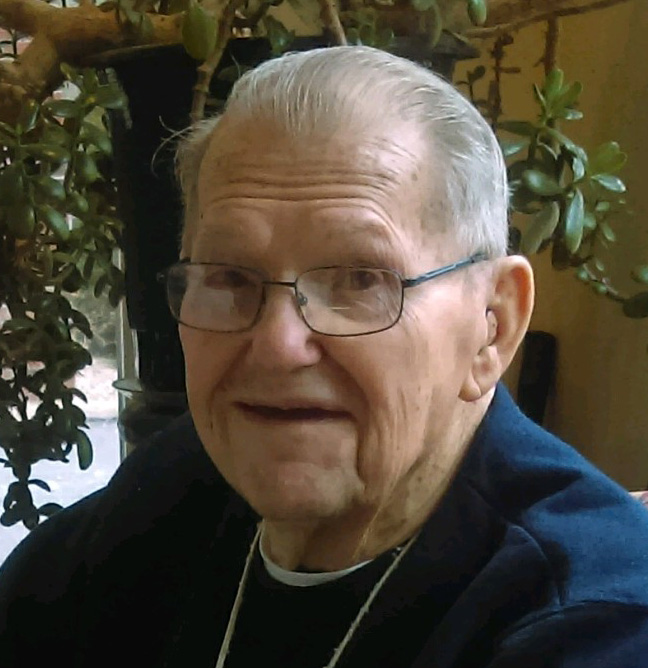 Harry Kruzynski, 95 years, of Lambertville, MI passed away peacefully surrounded by his loving family on June 1, 2019 in Aspen Grove Assisted Living under the care of ProMedica Hospice. The son of Stanley and Helen (Lewandowski) Kruzynski he was born on April 14, 1924 in Toledo, OH.

A true example of the Greatest Generation. Harry was born in 1924 and lived through the Great Depression having  to quit high school out of the necessity of the times. He found work with the 3c’s (Civilian Conservation Corp) clearing government land in Montana.   After the attack on Pearl Harbor, Harry enlisted in the U.S Navy and spent most of his service in the Mediterranean crossing the Atlantic many times. He went through the Panama Canal and spent his final months of his duty as a crew member of a new aircraft carrier on its shakedown runs, up and down the west coast.

A life member of the Conn Weissenberger Post 587 he also served as the President of the Board of Directors for the Bedford Senior Center. He also delivered for Meals on Wheels. Harry was an avid bowler, card player and enjoyed woodworking, needlepoint, fishing and traveling.  He was a truck driver and a proud member of the Teamsters (God Bless Jimmy Hoffa) was one of his favorite sayings.

He was preceded in death by his first wife, Cecilia; second wife, Doris and loving friend, Lillian Taylor; 9 siblings.

A heartfelt thank you to the entire staff at Aspen Grove  and ProMedica Hospice for their care and compassion during a very difficult time.

Visitation will be held on Thursday, June 6, 2019 from 2:00 p.m. until 8:00 p.m. in the Urbanski’s Bedford Funeral Chapel 8300 Lewis Ave Temperance, MI. where an American Legion service will be held at 7:00 p.m. by the Conn Weissenberger Post 587. The funeral mass will be celebrated on Friday, June 7, 2019 in Our Lady of Mt. Carmel Catholic Church 8330 Lewis Ave  Temperance, MI. at 11:00 a.m. where he will lie in state after 10:00 a.m. in the narthex. Burial will follow in St. Anthony Cemetery where Military Honors will be conducted by the Lambertville VFW Post 9656. In Lieu of flowers, please consider a donation in Harry’s name to ProMedica Hospice, Bedford Senior Center or any veterans organization