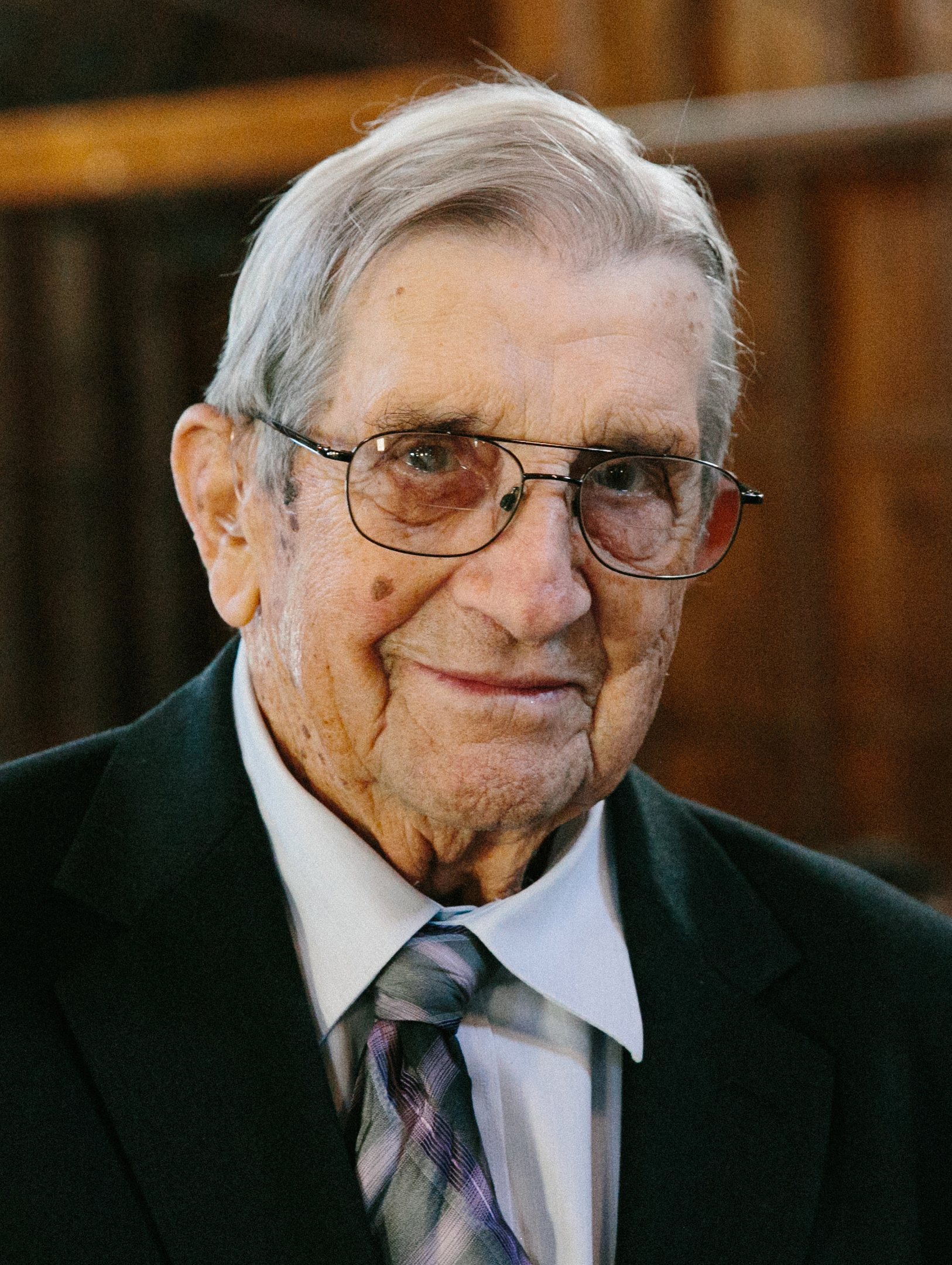 Harry Michael Stubleski, 98, of Temperance, died peacefully at home on Saturday evening, Jan. 9, 2016, under the gentle guidance of Hospice, the loving care of his children, and the constant companionship of his dog, Tudi. Harry was born Feb. 28,  1917, and lived his entire life at the family farm on Secor Road. He was the third son of Walter and Josephine (Nusbaum) Stubleski. He was a life-long member of St. Anthony’s Catholic Church, Temperance, which his family helped build.

Harry married Gladys A. Stark at St. Joseph’s Catholic Church, Ida, on Nov. 7, 1942, and was the loving father of thirteen living children and one deceased infant daughter. Harry retired from the Baldwin Mfg. Company, Toledo, in 1977, but also farmed all his life. He was well acquainted with the soil of his small acreage and his stamina still allowed him to gather leaves with his lawn tractor as late as Octoberof last fall. Harry was a self-taught musician who, for several decades, played the fiddle, guitar and harmonica, often alongside his father, brother and other musicians at weddings and social gatherings. In later years he loved to musically accompany his children and grandchildren at family events, playing his harmonica well into his nineties. He loved dancing and was willing to kick up his heels for a Polka into his eighties. In retirement Harry became an avid golfer with a respectable handicap. He also enjoyed reading, playing cards and dominoes, as well as horseshoes and baseball in his younger days. A loyal Tiger fan, despite seasonal outcomes, Harry rarely missed a televised game and enjoyed an occasional outing to the ballpark. Though he loved home, Harry had traveled from coast to coast on visits to children. Harry was preceded in death by his wife of 67 years, Gladys, his parents, his brothers Edward and Walter, his infant daughter Roxanne, and grandchild Kelly Shaw. He is survived by seven sons: Ronald (Marlene Janicki), Louis (Marigail Neal), Eugene (Judith Coon), Stanley, Stephen (Loretta Klein), Daniel, and Donald; and six daughters: Joan (Dennis) McCulley, Sharon (Terry) Schaefer, Judith (Craig) Sprankle, Diane (Terry) Williams, Beverly (Robert) Ufer, and Michelle (Stanley) Tambor; 33 grandchildren, 37 great grandchildren, and 5 great-great grandchildren.

Visitation will be held Wednesday, January 13, 2016 from 6:00 PM until 8:00 PM and Thursday, January 14, 2016 from 3:00 PM until 8:00 PM in Urbanski’s Bedford Funeral Chapel 8300 Lewis Avenue Temperance, MI. where a Rosary will be prayed Thursday at 4:00 PM and scripture service at 7:30 PM. The Funeral Mass will be celebrated Friday, January 15 at 11:00 AM in St. Anthony’s  Catholic Church, Temperance where he will lie in state after 10:00 AM. Burial will follow in the Church Cemetery. Memorial donations may be made to St. Anthony’s Church, Covenant House or Eternal Word Television Network.