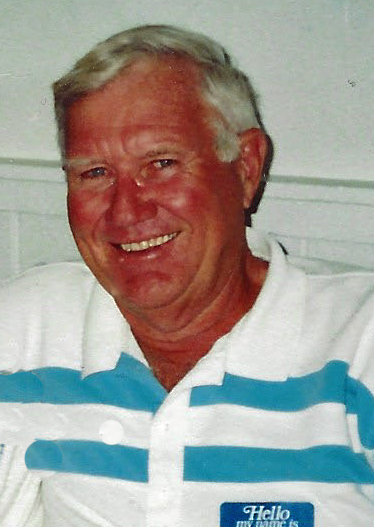 Howard  V. Sedelbauer, 85, of Temperance, MI is now in heaven with our Lord, he passed away with his wife by his side on March 31, 2015.  He was born on November 12, 1929 to Victor and Bertha Sedelbauer in Monroe, MI.  He attended 1st thru 8th grades at Trinity Lutheran School in Monroe.  He was active in sports and graduated at Ida High School.

On September 20, 1948 he joined the Navy and was on the USS Newport News Heavy Cruiser during the Korean War.  During his Naval training course, he was in Newport News, VA.  He next went to Orange, TX., and then received his Honorary Discharge on September 15, 1952 at the U.S. Naval Station in Orange, TX.  Howard worked at Consumer’s Power Whiting Plant in Erie, MI. for 31 years.  He then retired at the age of 58.  The years he worked at Consumer’s, he also farmed 200 acres; always happy to be outdoors.  After retirement he started mowing and taking care of 22 lawns; which he loved.  He also enjoyed cutting down trees with his son Roland.  After he and his wife, Barb, had dated for 9 years, they were married on May 25, 1990.  They also started spending the winters in Florida and took “”Country Western”” square dance lessons which they both loved.  Home was at Posey Lake in Hudson, MI., where summers were spent with grandkids, many friends and relatives.  Howard loved rides on the Pontoon and taking kids skiing and grandkids tubing.  In 2003 Howard had a severe “”Brain Stem”” Stroke with many months of therapy.  Another stroke in 2009 and a 3rd stroke in 2014; when he was no longer able to walk.  Barb faithfully took care of him for 11 1/2 years.  Howard is survived by his loving wife, Barb; 3 children, Al Sedelbauer, Roland (Polly) Sedelbauer and  Connie (Ted) Standiford; 7 grandchildren, MacKenzie, Harry, Ashley, Cory, Nick, Jessie and Taylor; 4 step-children, Steve (Sharon) Clarke, Becky (Ken) Jarosz, Christine (Chuck) Lawrence and Julie Clarke; 3 step-grandchildren, Christol, Brooks and Tyler; 2 step-great grand daughters, Edna and Mary; 1 brother Nib (Phyllis) Sedelbauer of Wisconsin; and many cousins in Ida and Monroe.  Howard was preceded in death by his parents; Victor and Bertha Sedelbauer; 2 step-sisters and 2 step-brother-in-laws.  In May of 2014 we signed up with Promedica Hospice.  We are forever grateful for Lynn (Home Health Aide) and Marcia (RN) for their loving care and all of the Promedica Hospice Service.  Barb couldn’t have done it without them.  Also, for Michelle, who came once a week so Barb could get out for errands and groceries and have lunch with her daughter, Becky.  A huge “”Thank You Michelle!!!!!””

Visitation will be held on Friday, April 3, 2015, from 4 p.m. until 8 p.m. in The Urbanski’s Bedford Funeral Chapel 8300 Lewis Avenue Temperance, MI  where the Funeral Service will be held Saturday, April 4, 2015 at 1 p.m. officiated by Rev. Dr. Frank Paine of St. Luke’s Lutheran Church.  Burial will follow in Toledo Memorial Park. Memorial Donations may be made to Promedica Hospice or to St. Luke’s Lutheran Church. Online condolences may be shared at www.bedfordfuneralchapel.com.