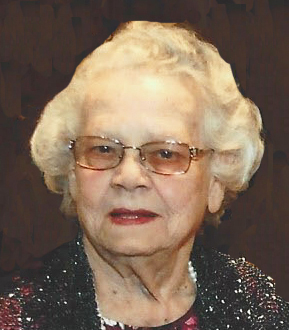 Irma A. Smith, 87 years, of  Toledo, OH passed away Saturday,  May 9, 2015 in Spring Meadows Senior Community. The daughter of Russell and Olivia (Stamper) VonBargen she was born February 21, 1928 in Cincinnati, OH. She graduated from Reading High School in 1946. In 1954 she married Henry L. Smith.

Irma had worked at what is now Fifth Third Bank in the 1940’s, Toledo Raceway Park in the 1980’s and retired from Toledo Public Schools in 1996.

Visitation will be Tuesday, May 12, 2015 from 2 p.m. until 8 p.m. in Urbanski’s Bedford Funeral Chapel 8300 Lewis Avenue Temperance, MI where the Funeral Service will be held Tuesday at  6:30 p.m. Cremation will follow.