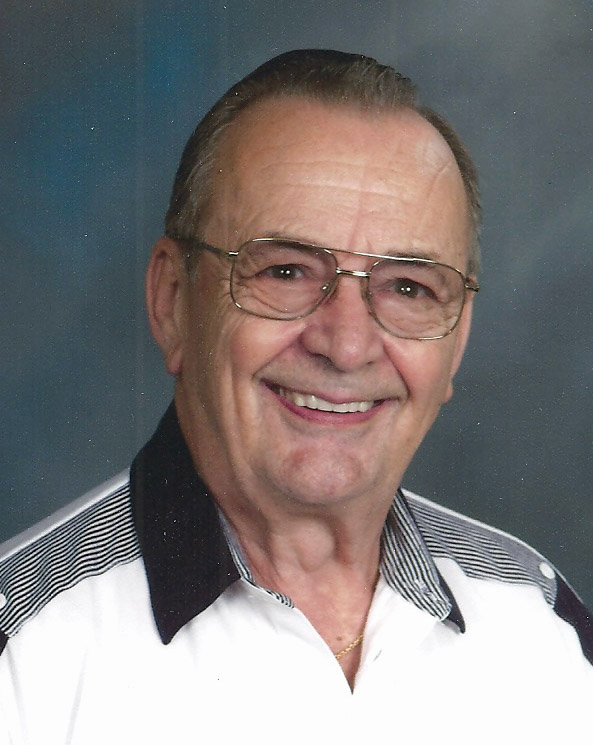 John R. Giampino, 83, of Temperance, MI passed away peacefully on Thursday, October 2, 2014 in Ebeid Hospice, Sylvania, OH. A Design Engineer with Teledyne, CAE, he worked there for over 40 years. After he retired he drove the Bedford Health Van. The son of Philip and Mayme (Blowers) Giampino he was born April 21, 1931 in Detroit, MI.

John served in the U.S. Army during the Korean War. On November 12, 1955, he married Marilyn Ann Miller in Holy Name of Jesus Church in Detroit. She preceded him in death on April 13, 2013.

A devoted father, grandfather and great-grandfather, he loved spending time with his family and friends. He enjoyed playing golf and bowling; and was on many leagues with Marilyn throughout his years. He took great pride in helping others. He was a member of Our Lady of Mt. Carmel Catholic Church in Temperance.

Visitation will be held on Monday, October 6, 2014 from 2 PM until 8 PM in the Urbanski’s Bedford Funeral Chapel 8300 Lewis Avenue Temperance, MI where a scripture service will be held at 7 PM. The Funeral Mass will be celebrated on Tuesday, October 7, 2014 at 11 AM in Our Lady of Mt. Carmel Catholic Church where he will lie in state after 10 AM. Burial will follow in the church cemetery. Please consider donations to Promedica Ebeid Hospice.