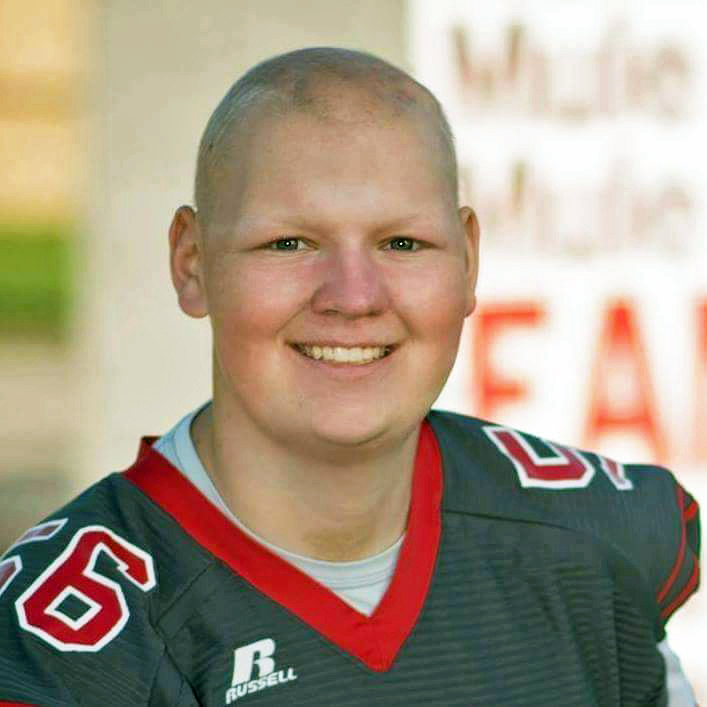 Jonathan R Scout, age 18, of Temperance, MI, passed away January 25, 2017, at home surrounded by his family, as he wished after an almost year long courageous battle with brain cancer. He was born August 1st 1998 in Toledo, Ohio, the beloved son of Gregory and Julie (Currie) Scout.

He was a senior at Bedford High School, recently being awarded his diploma

Jonathan was an avid 4-wheel racer at a young age, winning trophies for his skills.  He was a member of Boy Scout Troop 743 earning the Eagle Scout Award in 2016 while receiving radiation treatments. Jonathan was a member of the O-line on the Bedford Varsity football team. He received the BCSN Player of the Week Award and Play of the Year Award for participation in the October 14, 2016 game in which he scored a TD. Jonathan’s love of the outdoors and gentle humor will be missed by all who knew him. Jonathan was the older brother to his adoring siblings who excitedly followed him on his adventures.

Jonathan’s Motto was “I got this”, meaning he could handle anything that was put in front of him.

The family would like to express their sincere gratitude to the extended families of the Bedford Varsity Football coaching staff and team; the Bedford, Dexter, and Washington Local School communities, the Boy Scouts; the Toledo Area Mothers of Twins Club; St. Anthony’s Parish;  University of Michigan’s Mott Children’s Hospital; the Make -A-Wish Foundation; and all patrons of #ScoutStrong for their love and support.

Visitation will be Friday, February 3, 2017 from 2:00 p.m. until 8:00 p.m. in Urbanski’s Bedford Funeral Chapel 8300 Lewis Avenue Temperance, MI. The Funeral Mass will be Saturday, February 4, 2017 at 12:00 Noon in St. Anthony Catholic Church where he will lie in state after 11:00 a.m., celebrated by the Pastor, Rev. Brian Hurley.  Burial will follow in the Church Cemetery. Donations may be made to the family.