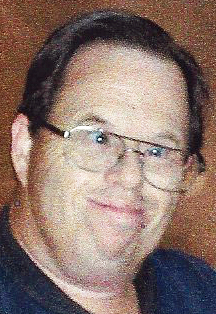 If  you were ever fortunate enough to have Larry Zoldowski proudly show you each treasured medal he’d won in Special Olympics, you’d have had the opportunity to understand how the word ABLE was such a better descriptor of him than disabled.

Sporting a toothy grin as big as his heart, Larry was well-known for his enthusiasm for life, his ability to learn to live independently, managing meals, laundry and even a daily bus route, his ability to be gainfully employed, and his innocent joy in giving and receiving hugs from favorite customers and fellow employees (and especially pretty women) at Pete’s Garage, the Monroe Country Club, the former Mercy Doctor’s Building and Olga’s.  Larry, who had spoken often of heaven, has rejoined his much beloved family members, parents, Floyd and Sophie (Blaszczyk); brother-in-law, Don Nash and nephew, Brian Zoldowski.

Larry’s siblings, David (Sherry) Zoldowski, Gary (Joani) Zoldowski and Carol Nash, consider themselves to have been blessed in having had a Down Syndrome brother, whose life span of 61 years was a life of exceptional abilities, unconditional love for others and a remarkable innocence. His parents, Floyd and Sophie, worked tirelessly for years, organizing parents, holding countless meetings and spearheading the formation of the first Down Syndrome advocacy group in Monroe County, MONARC, a group devoted to educating others about the needs of Down Syndrome children. The Zoldowski’s fought tirelessly at both the local and state level for recognition and support services, during a time when no programs of any type existed. However, a firm belief in their son and other Down children’s abilities, if just given a chance, prevailed.

Although it was Larry’s parents who were instrumental in securing education and training for Down children, it was Larry, who inadvertently taught his own extended family, neighbors and the community at large about tolerance, acceptance of differences, pride unrelated to status or wealth, and most importantly, how to be the biggest Go Blue! U of Michigan supporter ever. Larry’s choice of clothing and apartment décor left no doubt of his unwavering support of “”his”” team. Not a person to lead a sheltered life, Larry enjoyed three wheeling, family canoe trips, casinos, cruises, Disney and most recently he swam with the dolphins in Florida.  Larry never met a candy he didn’t like nor a dance floor he could resist. His boundless energy was always evident when the Macarena or The Chicken Dance started up, despite his having already fast danced to the last six songs in row.

The family wants to thank two individuals whose many kindnesses to Larry far exceeded client and customer: Vernice Lathan, his caregiver and best friend from Macomb Residential Opportunities whose heartfelt dedication and concern for Larry has been exceptional and Samantha Jaquillard, whose extra attention to Larry at Quimby’s restaurant made Larry’s smile light up and touched our hearts. Likewise, a special mention of Lisa Miller, Nicole and Mike Zawacki and the late Don Nash for their unwavering support in helping Carol assist Larry in his declining years. Larry’s brothers, Gary and Dave, would also like to mention their remarkable sister, Carol Nash, who has been his devoted advocate. Thank you Carol for the unbelievable patience and love you have shown in always making time for Larry, and for being his go to person for emotional support.

The family would also like to acknowledge the entire staff of Macomb Residential Services and other agencies involved with teaching Larry how to become an independent and happy adult. Likewise, thank you to all who knew Larry, our brother, uncle, and great uncle for looking beyond a syndrome and seeing a very capable individual and a beautiful soul.

It is with heavy hearts that his family will say goodbye with visitation from 4:00 p.m. until 8:00 p.m. on Monday, September 14, 2015 at Urbanski’s Bedford Funeral Chapel 8300 Lewis Avenue Temperance, MI where the Funeral Service will be held at 7:00 p.m. Burial will be private, next to his parents at Our Lady of Mt. Carmel Resurrection Cemetery in Temperance. In lieu of flowers memorial donations may be made to Michigan Special Olympics.

Online condolences may be shared at www.bedfordfuneralchapelcom .