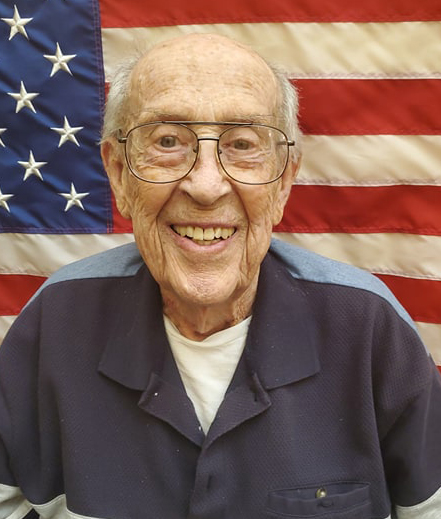 Leon Vincent Heinl, 93, of Toledo, OH passed away peacefully after a long struggle with his pulmonary illness on January 12, 2021 at ‘Landings of Oregon’.  He was born July 30, 1927 in Toledo, OH to Joseph & Evelyn (Welch) Heinl.

Leon was a graduate of Waite High School then served in the U.S. Army from 1948-1950 teaching watch and optical instrument repairing while stationed at the Ordinance School in Aberdeen, MD.  He then worked as a Liaison Engineer and Quality Assurance Manager for Doehler-Jarvis Corporation for 33 years, retiring from Doehler in 1985 at the young age of 58 to travel and spend quality time with his wife and family.  During his employment he also was a dedicated watch repairman, a phenomenal magician, and a professional clown entertaining and pleasing hundreds of people and he especially enjoyed making children laugh.
He was a true gentleman; he was also a perfectionist.  His numerous hobbies included golfing, bowling, singing, exercising and an avid artist painting several years after retirement.  He was exceptional at all these attributes and his family was often the beneficiary of his talents.  He loved music, sunshine, and summers vacationing at White Birch Lodge in Michigan and Siesta Key, Florida.  But most of all he loved spending time with his wife and family.
Originally a member of St. Mark Church in Toledo, OH he was later a member of Our Lady of Mt. Carmel Church in Temperance, MI along with his closest and loving friend, JoAnn Dusseau.
Leon married and cherished his high school sweetheart, Joyce Virginia (Hahn) on January 5, 1949.  She preceded him in death on January 30, 1997.  He is survived by daughter, Linda Ziemke (Phil) and son, David Heinl (Kyle); grandchildren, Jen (Arron), Laura (Corey), David (Mollie), Cole (Gabriella); 3 great-grandchildren, Taylor, Amelia, and Lydia; and many cousins, nieces, and nephews.  He was also preceded in death by his parents and sisters, Patricia Hilt (George) and Molly Wheils.  He was also close to his in-laws, Verlyn Duncan (Roy) and Betty Honisko (Jim).
The family would like to thank The Landings of Oregon staff and the nurses and aides of Elara Care Hospice for always treating Dad like family.  He was so loved by all that knew him and will truly be missed.

Due to COVID-19 concerns, the family will have private services.  A Celebration of Life to be determined at a later date.  Arrangements have been entrusted to Urbanski’s Bedford Funeral Chapel, 8300 Lewis Avenue, Temperance, MI.  In lieu of flowers Memorial Contributions may be given to Landings of Oregon, Elara Caring Hospice, or a charity of choice.